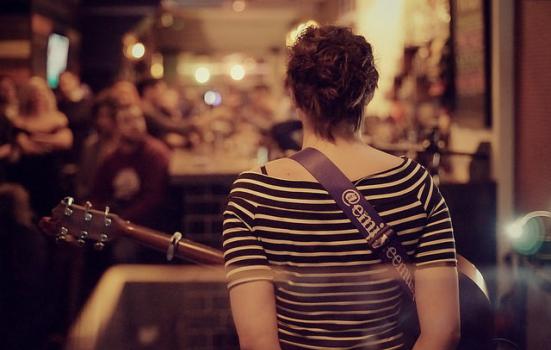 A campaign to safeguard the future of grassroots music in London is aiming to prevent further loss of performance spaces, the number of which has fallen from 136 in 2007 to just 88 today. These venues provide a seed-bed for a music industry worth £66bn a year to the UK, yet iconic names including the Marquee Club, the Astoria and Madame Jojo’s have disappeared over the past few years, with many other important venues beyond central London also closing down.

‘The Rescue Plan’ produced by the Mayor’s Music Venues Taskforce identifies a range of factors responsible for venues closing, including rising rents, licensing restrictions, noise complaints by residents, landlords selling venues to turn into housing, and the lack of an oversight body to represent the industry.

New proposals will put the onus on property developers to mitigate potential conflicts between new developments and long-standing live venues. A night-time economy champion will be appointed to promote the merits of the sector and build positive relationships between businesses, residents, local authorities, transport, police and emergency services. The work of the Taskforce will be taken over by a London Music Development Board, comprising representatives from London’s music industry, venues, licensing authorities, police, planning departments, transport authorities and cultural sector funders, who will draw up an action plan for implementing the proposals. The Mayor’s office is also publishing a Culture and Planning Guide, giving “jargon-free advice for the music and culture sectors on how planning policy can protect music and cultural venues”.

The Plan notes that there are forward-thinking developers who recognise that music venues can add community value and improve a project’s image. The report was launched in Denmark Street, which has a long association with the music industry, and is where work is about to start on central London’s first new, purpose-built live music venue in decades, next to the new Crossrail Station.

Giving his backing to the campaign, Musician Frank Turner, an advisor to the Music Venues Taskforce who moved to London aged 18, said: “the city and its scene has changed a lot, and not always for the best. I’ve seen a lot of the venues that gave me the chance to experiment and grow as an artist disappear. Without the spaces for new talent to discover itself and its audience, music in London will die a slow death…”

The launch event for the campaign also saw the announcement of two other new initiatives: a new Trade Association of the Music Venue Alliance (TAMVA), offering legal, licensing, planning and acoustic advice; and a new Creative Industry Finance skills-building initiative called The One, Two Project. The project will offer business advice to TAMVA members, helping them to unlock investment and to develop sustainable business practices aimed at safeguarding and developing jobs, performance spaces and audiences for new artists. It is also designed to encourage a change in attitudes towards music venues, by enabling them to better articulate their community and economic value.

Mark Davyd, Chair of the Music Venue Trust Taskforce, said: “With TAMVA we are sending out a message loud and clear to everybody else who has an interest in this sector surviving and thriving; we’re doing what we can. The grassroots music venues are organising themselves, and working collectively, now we need everybody else in government, the cultural sector and the music industry to get behind us. It’s a simple four stage programme – cut the costs, get legal support in place, deregulate so it’s easier to do our jobs, and get investment into this sector so that artists and audiences get the venues the UK deserves.”