Campaigners warn that “art interventions and protests will go on” as a five-year deal worth £7.5m is announced. 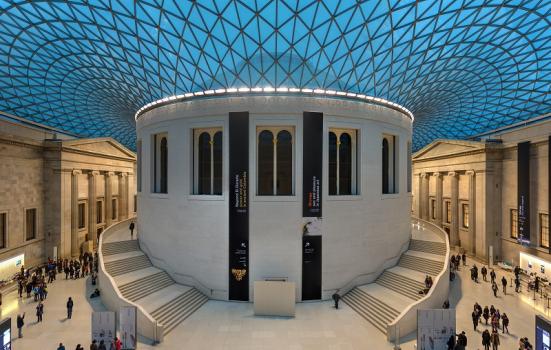 BP has agreed new long-term sponsorship deals with four leading cultural organisations worth £7.5m. The oil giant has reduced the value of its commitment by a quarter. A similar deal that began in 2011 was worth £10m.

The funding sees the renewal of a 20-year relationship between BP and the British Museum, the National Portrait Gallery and the Royal Opera House. The money will be used to support the exhibition programme at the British Museum, free entry to the Portrait Award exhibitions at the National Portrait Gallery, and the BP Big Screen programme providing free, live outdoor relays from the Royal Opera House.

BP has also offered a five-year deal to the Royal Shakespeare Company, whose World Shakespeare Festival was supported by BP in 2011 as part of the Cultural Olympiad. The sponsorship resumed in 2013, when BP started funding the RSC’s subsidised ticket scheme for young people. The new deal will enable this to continue.

Catherine Mallyon, Executive Director of the RSC, commented: “Corporate sponsorship is an important part of our diverse funding mix, alongside ticket sales, public investment, private philanthropy and commercial activity. Together they allow us to deliver our artistic programme and reach the widest possible audience.”

BP’s long-term sponsorship of Tate Britain was recently dropped, as was a 34-year partnership with Edinburgh International Festival. BP pointed to “a challenging business environment” as the reason and denied that its decision had been influenced by ongoing protests by campaigning groups, which are hoping to bring oil company sponsorship of the arts to an end.

The announcement of the new sponsorship has been met with outrage by these groups. They have vowed to challenge and overturn the sponsorship deal, which follows the publication of a report accusing BP of interfering in the cultural institutions it sponsors and uses them for “brand-washing”. The allegations in the report have been submitted to the Museums Association’s ethics committee.

Author of the report Dr Chris Garrard, speaking on behalf of activist theatre troupe ‘BP or not BP?’, described the latest sponsorship deal as a “hugely unpopular move and wildly out of touch with the mood across the cultural sector,” including the institutions’ own employees.

A survey of staff at the British Museum by the PCS Union found that two-thirds of staff believed the museum should drop BP. And last year an open letter signed by composers, musicians and music researchers, called on the Royal Opera House to stop collaborating with BP and giving it “a social legitimacy it does not deserve”.

Yasmin De Silva was one of the performers with art collective Liberate Tate, who spent six years carrying out performance-interventions in protest over Tate’s BP sponsorship. She said: “By providing BP with a veneer of cultural respectability, institutions like the British Museum and the Royal Opera House are actively aligning themselves with those who seek to trash the climate. They can expect a renewed wave of creative intervention from the many groups who are pushing back against the destructive power and influence that oil companies are exerting in our society.”

Anna Galkina of campaigning group Platform has accused BP of “ripping off” cultural institutions. “Tate has tried to hide how embarrassingly low BP sponsorship fees were,” she said. “And now BP is signing an even cheaper deal with the other institutions. This is a rip-off.

“BP’s pocket change buys it legitimacy and access to invaluable advertising space. Sponsorship masks BP’s role in destroying indigenous lands, arming dictatorships, and wrecking our climate. These deals cannot be allowed to go on for another five years, that’s why art interventions and protests will go on.”

All sponsorship is about influence in either a soft or hard way. Surely the benefit of using sponsorship to bring in audiences has to outweigh the perceived negatives of BP's business. Changing the latter is better addressed more directly.