Oil giant BP is to stop sponsoring art gallery Tate from 2017, blaming a “challenging business environment”, but will continue sponsoring the British Museum, the National Portrait Gallery and the Royal Opera House. 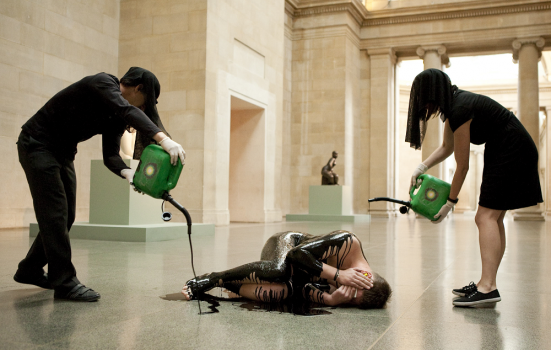 British Petroleum (BP) has announced that its 26-year sponsorship of Tate galleries will end at the start of 2017.

A BP spokesperson said: “We are facing an extremely challenging business environment and are reducing spending and taking many difficult decisions throughout BP. As a result we have reluctantly decided not to renew our long-term partnership with Tate Britain.”

However, the oil company confirmed that it has no plans to exit similar partnerships with other arts organisations, including the Royal Opera House, the National Portrait Gallery, and the British Museum.

Tate praised the partnership with BP, saying it had been an “outstanding” example of patronage and collaboration over nearly thirty years. A spokesperson said: “It represents one of the most significant long-term corporate investments in UK arts and culture. Tate wishes to express its gratitude to BP for its longstanding commitment and ground-breaking support of the Collection displays and other programmes.”

The decision to end the sponsorship comes after a sustained campaign by art collective Liberate Tate, campaigners Platform London and the Art Not Oil coalition, launched in the wake of BP’s Deepwater Horizon disaster in 2010.

The campaigns have involved a number of performance interventions inside Tate galleries:

Yasmin De Silva, one of the artists involved in Liberate Tate, said: “BP is a company whose business model depends on trashing the climate, and it shouldn’t receive credibility by being associated with our most-cherished cultural institutions.

“It’s time for other institutions sponsored by BP, Shell and other oil companies – like National Gallery, National Portrait Gallery, Royal Opera House and British Museum – to follow Tate’s lead and end their deals.”

News of the end of the sponsorship comes alongside a continued legal fight with the galleries over its determination to keep the financial details of its BP sponsorship a secret.

Campaigner Brendan Montague, supported by Platform, is preparing to appeal a ruling by the Information Commissioner to let Tate keep details of the amount of money it received from BP between 2007 and 2011 under wraps.

In December 2014 the Commissioner ordered Tate to reveal the details of its financial relationship with BP between 1990 and 2006, but agreed with the galleries that disclosure of the more recent figures “would materially weaken Tate’s bargaining position in its negotiations with other sponsors”.

Tate did not appeal the ruling and in January 2015 revealed that its sponsorship deal was worth £150k a year prior to 2000 and £330k a year from 2002-2007. The figures since 2000 represent less than 1% of Tate’s self-generated income from donations, sales and sponsorship.

In May this year, Tate is to appear at the Information Tribunal once again over refusal to disclose further sponsorship details. Anna Galkina of Platform said: “In the previous hearing, the Information Tribunal considered that the 2006-2011 figures were sufficiently recent at the time they were originally requested – in 2012 – that their release could have harmed Tate's commercial interests. Our argument is that now, in 2016, the release of these figures is no more likely to harm Tate than the release of the previous ones.”

The tribunal is scheduled for 11 May.