Arts workers get lowest pay rise of any sector 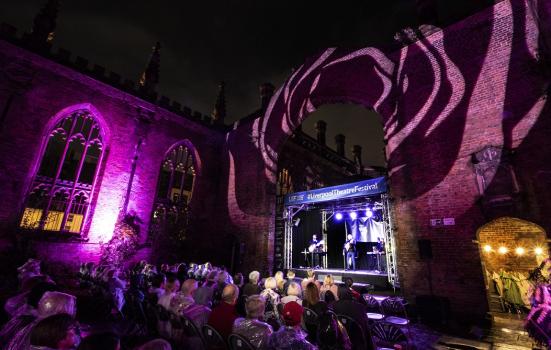 Payrolled staff working in the arts, entertainment and recreation sector received the lowest pay increases of any industry sector in the past year, despite vacancies more than trebling, official figures show.

Data collected by the Office for National Statistics (ONS) show that in the 12 months to April 2022, workers in the sector saw a median pay rise of 2%, well below the UK median of 6%. This is a substantial real-terms pay cut when measured against the Consumer Prices Index, which rose 9% in the same period, according to ONS figures.

Workers in the arts, entertainment and recreation sector earned a median salary of £1,404 per month (£16,848 a year), compared with a UK-wide figure of £2,076 per month (£24,912 a year). Only workers in the accommodation and food sector were paid less, earning a median of £1,089 a month, but their pay rise was 8%, almost keeping pace with inflation.

During the same period, the number of vacancies in the arts sector increased by 369% – the highest of any industry.

The high number of vacancies is in part due to the lifting of pandemic restrictions, which forced many arts and entertainment venues across Britain to close in 2020 and 2021. But it also reflects a sector-wide problem with poor pay and low job security, said Zita Holbourne, joint National Chair of Artists’ Union England and National Vice President of the Public and Commercial Services Union (PCS), which represents members working in national galleries and museums.

“The fact that wages are being driven down [means] a lot of artists can't afford to take those jobs, even though they may be in other low-paid precarious work, whether it's in fast food or retail or restaurants and catering, just to make ends meet,” she said.

“What they’re being offered in their own sector is so incredibly low they can’t live off it.”

In the long-term, the lack of real living wages and job security in many full-time posts in the arts sector “could really severely damage it and destroy it”, she said.

“It means that you're wasting and losing huge amounts of talent, which might be whole generations of talent. People who are coming out of university can't get a foot in the door.”

Hilary Hadley, Assistant General Secretary for Live Performance at Equity, said that emergency measures negotiated during the pandemic period have seen wages for many working in the performing arts sector frozen at 2019 levels.

Equity’s standard agreements run for three years with built-in pay increases, she said. But to ensure that producers had the confidence to continue mounting productions amid high risk of forced cancellations, Equity negotiated variation agreements that allowed a pay freeze.

The agreements “worked extremely well but they were at the detriment of guaranteed pay and guaranteed pay increases,” she said. “We negotiated them in 2020. We never envisaged that they would carry all the way through 2021. Even now, some of them are still in place.”

From October, Equity will start submitting claims for new agreements but the sector remains in a precarious position, she said.

Many permanent arts sector employees were furloughed during the pandemic, effectively freezing their salaries at 2019 levels, while others accepted pay cuts or voluntary redundancies.

“Some of them found that actually they could earn a more successful living that was guaranteed by leaving the industry,” she said.

Low pay across the sector affects some workers more than others, and exacerbate existing problems with discrimination and structural inequality, Holbourne said.

“We know there's been a 40% reduction in Black women working in the sector during the pandemic, which is really horrific,” she said.

“There’s institutional racism in the sector and there’s sexism. We mustn’t forget that the two years of the pandemic has come on top of over 10 years of austerity and cuts, which also had adverse impact on equality grounds.”

Stagnating salaries and low job security affect workers across every area of the industry, in particular those who are outsourced, rather than being directly employed by arts organisations.

“The people who were hardest hit have actually been the facilities management workers, so I’m talking about the cleaners, the security guards, the catering staff and the shop workers in the museums and galleries. They tend to be disproportionately women, people of colour and migrant workers,” Holbourne said.

On the administrative side, a combination of poor pay and pandemic redundancies has resulted in some senior staff members being replaced with less experienced employees who are being asked to take on their roles “without the training and development and the money that comes with those jobs”, she added.

High turnover of full-time staff is also negatively impacting freelancers. Many artists have been left hanging as agreements made with staff who have since left or been made redundant are not honoured by successors.

“They'll produce the work and by the time it's supposed to be exhibited or used, somebody else is in the post and they’re saying, ‘No, we don't want it anymore. We're changing our budget or finances and we can't afford it',” she said. “So they're really letting artists down.”