Research centre to make the case for the creative industries

The Creative Industries Policy and Evidence Centre will be tasked with delivering robust evidence around shared issues and concerns facing policy makers, businesses and other organisations in the sector. 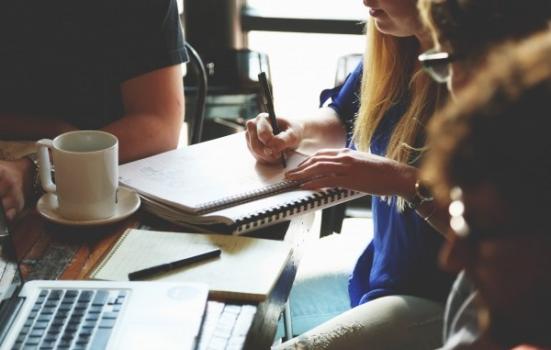 Higher Education institutions and other research organisations are being invited to submit proposals for the development of a new research body that will provide insight and independent analysis of key issues facing the creative industries.

It will commission new research as well as build on existing knowledge to deliver analysis of “national and international significance”. In doing so it intends to become a “trusted, authoritative and independent voice on the sector,” and use evidence to help make the case for the creative industries across the UK.

The Call for Proposals, issued by the Arts and Humanities Research Council (AHRC), is based on insights and opinions put forward by representatives of the creative sector, government and research organisations that took part in a PEC workshop earlier this year.

Delegates noted that the Centre “must be robustly independent”, and build “a sound reputation for using data impartially”. As well as informing and contributing to policy development in the sector, it should also be in a position “to analyse and interrogate government policy”.

Both responsive, short-term research projects and exploratory long-term commissioning – leading to outcomes such as new longitudinal data sets and methodological frameworks – are envisaged as being part of the Centre’s portfolio of activities.

By brokering collaborations and making connections between creative businesses and across the wider economy, the Centre will aim to generate a much more detailed understanding of the creative industries and how they work together.

Building “cross-sector networks and communities of understanding and practice around shared challenges and concerns” will be central to its approach, which will be developed with “a view to increasing the effectiveness of future public interventions in the field.”

The Centre will be part-funded funded through AHRC’s Creative Industries Clusters Programme, which has been established to foster “an R&D infrastructure” for the creative industries as part of the Government’s Industrial Strategy.

£6m will be earmarked for the PEC for the period to 2023, but the Centre itself will be expected to raise at least an extra third on top of this from the higher education sector and the creative industries themselves.

Expressions of interest to run the Centre are now being invited from research institutions and organisations that can assemble a team of relevant delivery partners, including multidisciplinary researchers and trade associations.

Bidders are expected to establish an appropriate structure for the PEC that will reflect its UK-wide remit and its role as an independent, national resource. The successful bidder is expected to open the Centre in July 2018.