Full-time working women earn less than men doing the same level of work at all stages in their careers, with the gap at senior levels having grown since 2006. 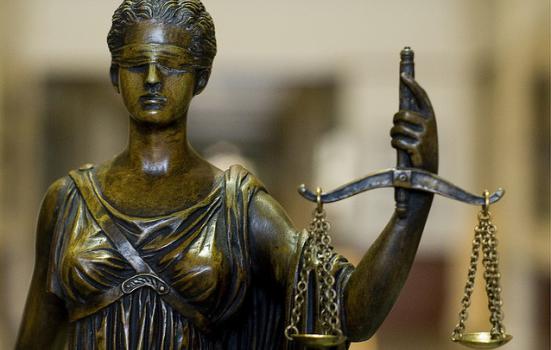 The gender pay gap in the arts sector is greater than the national average, with women earning up to £5k less than men at similar stage in their careers, despite being better educated, according to the latest ArtsProfessional salary survey.

Although women in full-time salaried work in the arts sector outnumbered men by two-to-one last year, the average earnings of the men were higher than the women in almost every type of job, artform, region and age group. The average* annual salary paid to full-time employees in the arts sector was £29,850 in 2014/15, according to the survey, but the pay gap between men and women is stark. Average pay for men in full-time employment was £32,500, while women earned only £28,500 – a gap that is slightly wider than the 9.4% national average. 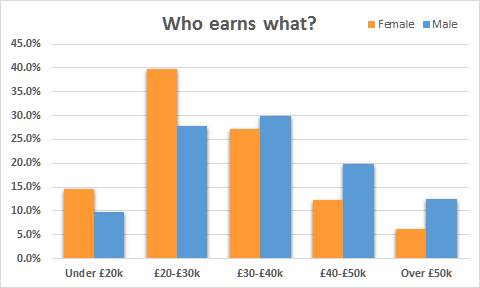 Full-time working women earned less than men doing the same level of work at all stages in their careers last year: significant differences arise in average pay in senior, middle and entry level work. A third of men earned over £40,000, while fewer than one in five women were in these higher paid jobs. Women in senior positions found themselves earning almost 10% less than their male counterparts – an average of £37,350 compared with £40,500 for men. This gap has grown since AP’s previous salary survey in 2006, when the equivalent figures were £30,511 and £32,303. 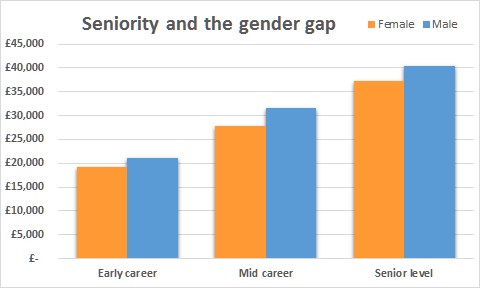 The pattern is the same across all age groups except the youngest**. Average pay for men aged 18-24 was slightly lower than for women, but in all age groups thereafter women earned less than men. The difference between the two peaked between the ages of 45 and 54, when the average salary for men reached £40,729, while for women it was only £36,000. 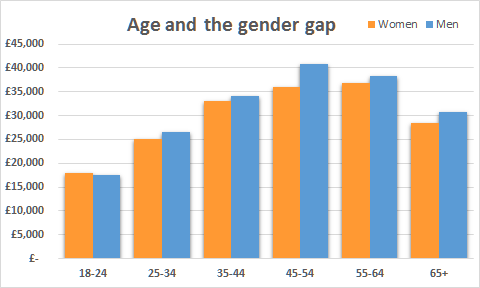 Comparable jobs also paid less to women than to men. Women whose main role was artistic direction earned £4,000 less on average than men, and those whose work related mainly to organisational development, strategic planning and policy-making earned an average of £5,000 less. Even in marketing and fundraising, where women outnumber men by three-to-one, they earned less on average: £2,000 less for fundraising roles and £3,000 less for marketing roles. 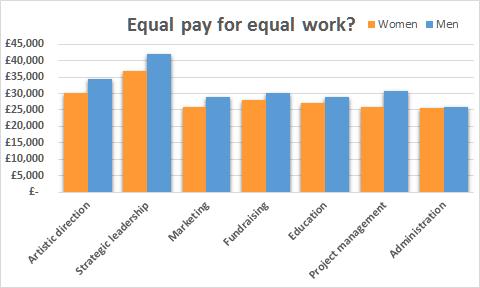 This gender pay gap has arisen inversely to levels of education. Women employed in the sector were significantly more likely to have a first degree than men, and also more likely to have a higher degree. Yet the average salary paid to men with first degrees was £4,500 more than that paid to women; and men with higher degrees earned over £3,500 more than women with qualifications at that level. Women were also significantly more likely than men to have received financial support for professional development.

A spokesperson for the Fawcett Society, the UK’s leading charity for women’s equality and rights, described it as “disturbing that even in professions where there are twice as many women employed, there is still a significant difference in earnings”. She continued: “It’s not enough to give women opportunities if these are eroded later in life, often when they take on caring roles that men tend not to do. Getting employers to publish their pay gap data, as the government is considering at the moment, will be just one step towards addressing the problem and avoiding such a waste of talent.”

The AP survey was online from 13 July to 11 September 2015, when arts professionals were invited to take part by email and by social media. The overall profile of respondents gives an indication of the fragmented nature of the arts workforce as a whole. Just a third (720) of the 2,183 who completed the survey earned their entire income by working in a full-time salaried position on a permanent contract for a single employer, with the rest working either part-time for one or more employers, on temporary or casual contracts, or as freelance workers. Of those who were employed, nearly one in five (19%) worked for micro enterprises of up to five people, and less than half (48%) received any pension contributions from their employers. 28% of respondents earned at least some of their income from freelance work, and 17% earned all their income from this source.

AP will be publishing further analysis of the figures over the coming weeks.