Following the European Commission’s move to block the UK from participating in European Capital of Culture 2023, arts professionals and MPs have warned cultural ties must not be severed post-Brexit. 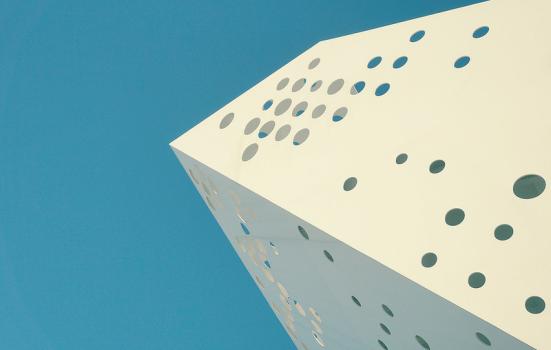 A structure in Aarhus, Denmark - a European Capital of Culture 2017

89 cultural professionals and artists have called on the Government and the European Union (EU) to “urgently reopen negotiations” on the UK’s involvement in the European Capital of Culture competition.

Warning that excluding the UK would have negative economic, social and artistic consequences on cultural organisations across Europe for “many years to come”, the arts leaders – including Sadler’s Wells CEO Alistair Spalding and Nottingham Playhouse Artistic Director Adam Penford – have signed an open letter calling for “creative compromises”.

“The value of a positive resolution to communities, understanding, wellbeing, economy and culture across the UK and the rest of Europe would be undoubtedly immense,” they write.

The European Commission’s move to block the UK from participating in the European Capital of Culture 2023 last week – shortly after five cities submitted their bids for the title – has been criticised for being politically motivated.

The arts leaders’ appeal comes days after fifteen MPs wrote to Jean Claude Juncker, President of the European Commission, asking him to reverse the decision. They warned politics “should not interfere with what is in many ways an event intended to bridge cultural and political divides”.

The five bidding cities – Nottingham, Leeds, Milton Keynes, Dundee and Belfast – learned they would no longer be eligible for the competition last week, when a letter from the European Commission to the DCMS was leaked in European magazine POLITICO.

It advised the UK Government to discontinue the selection process immediately on the grounds of “sound and responsible management of human and financial resources”, saying the competition is only open to non-EU member states in certain conditions and the UK’s withdrawal prevents its continued participation.

In response, the DCMS, which had been planning to announce a shortlist for the title this month, said it was “deeply disappointed” and was beginning “urgent discussions” with the Commission on the matter.

DCMS representatives met with the bidding teams this week and reaffirmed their commitment to try and resolve the issue with the Commission.

In their letter, arts leaders say the Commission’s decision can be viewed as a “short, sharp shock” for the UK, and a reminder of the consequences of leaving the Union, but restate their positivity towards European partners and the belief the European Commission will respond positively to attempts to find a solution.

“With a confident desire to also examine together new options, perhaps we can transform this competition into a wider and deeper collaboration between the UK’s bidding cities and their partners across Europe,” they write.

MPs from the bidding cities have been more critical. In their separate letter, sent to Juncker earlier this week, the MPs said they found it “inexplicable” that the Commission waited until after the UK bids were submitted before ruling them ineligible, given the Brexit vote occurred in June 2016.

“We politely remind you that the United Kingdom is still a member of the European Union, and that no decision has yet been made as to what a future relationship will look like,” they wrote.

Talking to AP, Peter Marland, leader of Milton Keynes Council, questioned whether the Commission’s decision was a tactic to influence ongoing Brexit negotiations.

“Essentially, Capital of Culture is important enough to be noticed from the UK perspective but not important enough to make lots of people really angry and destroy other bits of negotiations – so I do wonder how much of it is essentially one or other side setting out their stall,” he said.

“You don’t know what’s going on behind the scenes. It would be really disappointing if that was the case, because as everyone keeps saying, we are not leaving the continent of Europe, and I think it would have been a great opportunity for the EU and Britain to re-define what cultural ties mean – what it means to be a British European but not be part of the EU project.”

Leaders of the UK bids have said they are “seeking clarity” on the Commission’s decision, given that the United Kingdom has not yet left the EU.

The arts leaders’ letter, with a full list of signatories, can be read here.