Ten arts organisations accepted into the national portfolio for 2018-22 have a low diversity rating, which they must improve or provisional funding will not be finalised. 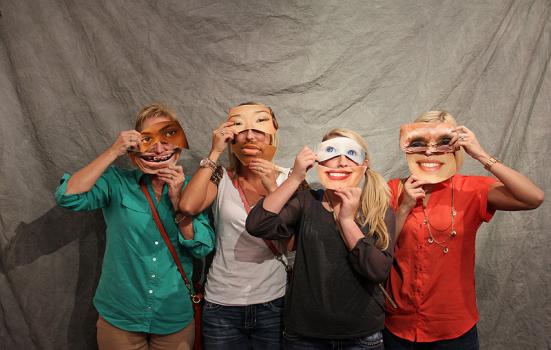 Spiva Arts via VisualHunt.com / CC BY

Ten arts organisations set to join Arts Council England (ACE)’s national portfolio from 2018 are at risk of losing funding because of a lack of diversity in their work, ACE has confirmed.

Speaking to AP at the funding announcement this week, ACE Deputy Chief Executive for Arts and Culture Simon Mellor stressed that the organisations with a diversity rating of ‘not met’ must enact “much stronger” diversity plans before funding is finalised.

“It’s important to stress that 831 organisations have [this week] been offered provisional funding,” Mellor told AP. “They now have to go through a funding negotiation with us. And one of the issues we’ll be looking at, particularly with those ten, is whether their plans for going forward are sufficiently persuasive.

“At the moment we don’t think they are. They need to address that and get better, and put in place plans that we’re confident are much stronger on the Creative Case for Diversity.”

He said the national funder would be working with the identified organisations until funding agreements are finalised in February. He added: “We’ll re-rate [the organisations] on their new plan. If they continue to be ‘not met’, they won’t be admitted to the portfolio.”

The ratings assess the work NPOs produce, programme and their relevance to local communities – but not their workforce – in relation to the contribution they make to ACE’s Creative Case for Diversity.

They were first introduced in ACE’s guidelines for its 2018-22 investment round and NPOs now receive a rating of either ‘not met’, ‘met’, ‘strong’ or ‘outstanding’.

All NPOs will be encouraged to reach a target of ‘met’ by 2017/18, and the organisations in band 2 and 3 – those that receive more than £250k a year – must diversify their boards and have a diversity rating of ‘strong’ by 2021.

ACE’s recently released Equality Analysis shows there were 1,080 NPO applications, excluding Sector Support Organisations, of which 56 were classed as ‘not met’, 456 were classed as ‘met’, 494 were ‘strong’, and 73 were ‘outstanding’.

AP also spoke to ACE about monitoring the diversity of the NPO workforce, given consistent concerns about the quality of annual diversity data provided by funded organisations. A high proportion of responses to questions last year about the gender of senior leadership were ‘prefer not to say’, and two large NPOs – London Symphony Orchestra and the Baltic Centre for Contemporary Arts – failed to report ethnicity data for a single employee.

When asked how ACE would ensure it received more robust data this year, Director of Diversity Abid Hussain told AP: “You can say ‘prefer not to say’ – it’s a legal obligation – but we want to make sure we really stamp down on the level of unknown data returns.

“There’s a big difference between people who don’t want to give you the data and those saying: ‘We prefer not to say.’”

He said there would be sanctions for those refusing to provide data, but ACE could not compel anyone to disclose key diversity information.

He added: “We want to say: this is what the data tells us, and how you can use that data in terms of your own benchmarking and monitoring your own progress.

“With the work that we’re doing around equality action plans, I think there’s a greater expectation for those organisations to really reflect the diversity of their local communities – and that data becomes much more interesting and dynamic if they choose to use that.”