The funder has also set out plans to create a consultative assembly of arts professionals, after hearing calls to communicate more effectively with the sector. 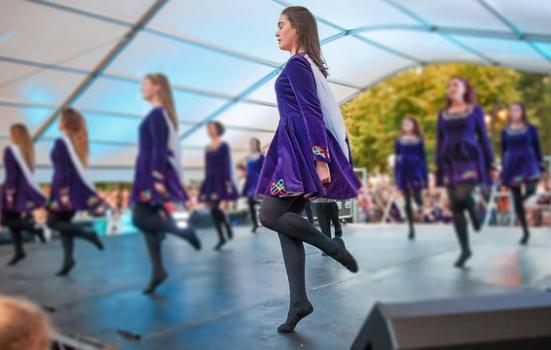 David in Lisburn on Visual hunt / CC BY

The Arts Council of Northern Ireland (ACNI) is to consider reinstating multi-year funding awards for arts organisations, according to the funder’s proposed strategy for the next five years.

Reviewing artform classifications, establishing a research partnership with Ulster University, and setting up a panel of artists to inform its work are among the other proposals included in the strategic framework for 2019-24, which is being put out for consultation with Northern Ireland’s arts sector.

But ACNI acknowledges that the joint challenges of Brexit, political deadlock and reduced arts funding are creating “unprecedented uncertainty” and that there are “operational challenges which will not be resolved in the short-term”.

The proposal to rethink funding periods follows a previous consultation with key stakeholders, when it was found that “organisations and artists express concerns about funding, in terms of the reduction and the lack of security; especially the loss of multi-annual awards”.

The funder also heard widespread calls for it to work more strategically with local authorities, and “to communicate more regularly with artists and organisations”, including providing stronger feedback to artists who had made unsuccessful grant applications.

ACNI, which currently makes annual grants to its funded portfolio, says it will consider reinstating multi-annual funding in 2019, the first year covered by the new strategy, but does not provide any further details.

It also intents to invest in schemes that will encourage arts organisations to develop more diverse income streams, buy and maintain small-scale assets, and build their fundraising capabilities.

Another proposed innovation is to set up a multi-disciplinary “consultative assembly” of arts professionals, to provide independent advice on the challenges facing the sector. The body would involve artists in issues such as quality assessment and reviewing grant processes, and act as “a touchstone for sectoral opinion”.

Another task of the panel will be to participate in a planned rolling review of ACNI’s artform classifications, “to ensure their continued relevance in light of digital developments”.

ACNI also plans to establish a research partnership with the Policy Evidence Centre at Ulster University “to promote critical thinking and analysis to inform policy development”.

The strategy sets out a vision of a holistic “creative ecology”, in which the arts are closely intertwined with other fields such as the creative industries, digital production and cultural tourism.

ACNI says: “It is no longer appropriate to de¬fine the sector in terms of single artform priorities. The sector itself is exploring new ways of working, converging platforms and presenting work through digital media. This calls for a new approach to planning for arts and creativity.”

It also welcomes the “outcomes-based accountability model” proposed in Northern Ireland’s draft Programme for Government, saying that this presents a “golden opportunity” that recognises the importance of collaborative working across different layers of the public sector and the voluntary and community sectors.

ACNI says: “We welcome this new way of thinking, with its emphasis on improving outcomes for people, placing wellbeing at the heart of the Programme for Government, embracing the principles of partnership working and co-design.”

But it accepts that these ambitions are being hamstrung the ongoing lack of a functioning government in Northern Ireland, saying “without an executive there is no mechanism to enact any signi¬ficant change in public spending decisions. The vacuum is escalating concerns over public financing of the arts”.

In response to this uncertainty, the funder has departed from its previous approach and published the document as “a framework, not a plan” that sets out a broad strategic direction, to be accompanied by annual business plans.

ACNI says this is because “we are experiencing a period of unprecedented uncertainty and there are operational challenges which will not be resolved in the short-term. The framework provides an overview of the strategic direction we are proposing to take over the next five-year period, 2019-2024. An accompanying business plan will be produced each year, setting out in detail the actions we will take in order to deliver our strategic objectives.”

Compounding these problems, ACNI itself has faced prolonged internal upheaval. In January last year, 51 of Northern Ireland’s annually funded arts organisations backed a statement calling on the funder’s chair John Edmund to consider his position after he criticised the country’s arts sector for its “high level of dependency” on public funding. The rest of the ACNI board had already distanced themselves from Edmund, whose problems continued throughout the year.

In May, the advocacy group ArtsMatter NI raised questions over a potential conflict of interest, and in August, the funder’s Chief Executive Roisin McDonough brought an age discrimination case against the beleaguered Chair. Then in October, a protest letter representing 80% of ACNI staff was sent to McDonough after Edmund had refused to assure the Northern Irish government that the funder treated all communities fairly.

The consultation, which the sector can participate in via an online survey, email or post, will close on 22 March.