Uproar as arms dealer sponsors Great Exhibition of the North

BAE Systems, accused of “profiteering from the deaths of innocent children” in Yemen, is one of the Exhibition’s three ‘Premier Partners’. 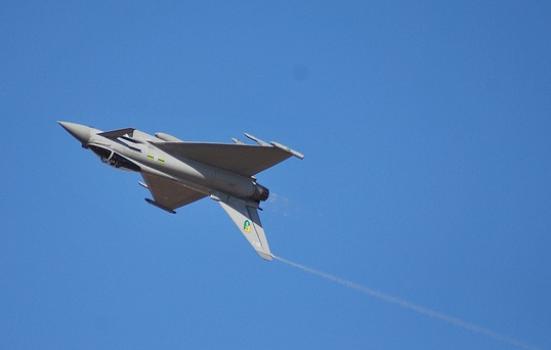 Artists have slammed the Great Exhibition of the North after it revealed arms manufacturer BAE Systems, which has been accused of “profiteering from the deaths of innocent children”, as one of its three key sponsors.

One musician has already pulled out of playing at the event, saying she was “disgusted” by the partnership, and a petition has now been launched calling on the organisers to refuse the sponsorship.

Speaking at the announcement of the partnership last month, Gary Verity, Chair of the Great Exhibition of the North, said he was “thrilled” about the agreement and described BAE Systems as a “perfect fit” for the Exhibition.

The revelation comes days after the £5m Government-sponsored project, which is taking place in Newcastle and Gateshead, revealed its programme of events and invited submissions for allied performances and events across the North of England.

BAE Systems is one of three Premier Partners for the Exhibition, alongside Virgin Trains East Coast and management consultancy Accenture.

Speaking at the announcement of the partnership, BAE Systems emphasised that it has “more than 18,000 employees based in the region” and was “very proud” to be part of the Exhibition.

The Exhibition refused to reveal how much the sponsorship is worth, but said it is “only a small proportion” of total income.

The petition, which was launched today, calls on Sarah Stewart, CEO of the Newcastle Gateshead Initiative, to refuse BAE Systems’ sponsorship.

“British arms companies including BAE have made more than £6bn from sales to Saudi Arabia during the ongoing war in Yemen. International humanitarian law prohibits attacks against civilians yet the British armed Saudi-led coalition has bombed schools, markets, hospitals, and health centres,” the petition reads.

“The conflict has killed or injured more than 5,000 children, while survivors face malnutrition and disease with the collapse of infrastructure. Unicef warns that, ‘nearly every child in Yemen’ is in need of humanitarian assistance. The Great Exhibition of the North claims to offer ‘family-friendly fun’.

“This is totally at odds with its with association with BAE Systems.”

According to a report by War Child UK, the international charity working to protect and support children affected by war, several British arms companies including BAE Systems have collectively made more than £6bn by trading with Saudi Arabia during the ongoing war in Yemen.

The report also singled out BAE Systems and accused it of “profiteering from the deaths of innocent children”.

In response to criticisms last year about the company’s dealings with Saudi Arabia, the Guardian reported that Chairman of BAE Systems Sir Roger Carr said: “We try and provide our people, our government, our allies with the very best weapons, the very best sticks they can have, to encourage peace.”

He added: “We maintain peace by having the ability to make war and that has stood the test of time.”

Musician and radio presenter Nadine Shah announced on Twitter that she would not be playing the festival after discovering that BAE Systems is a sponsor.

“I am disgusted to hear of their involvement and refuse to be in any way associated with them,” she wrote. “I encourage all artists involved to follow suit.”

Over 500 people have liked the tweet, which has been shared over 100 times.

Artist Darren Cullen described the decision to partner with BAE Systems as “nauseating”. “BAE Systems make their money from the *destruction* of people’s lives, culture, infrastructure & community, yet you’ve invited them into a festival that’s supposed to be about creativity,” he wrote.

Researcher Stephen Pritchard said the decision to accept sponsorship from BAE Systems “beggars belief” and asked how exhibition organisers can “legitimately defend their decision to attach such a brand to the event”.

He continued: “Are artists and organisations involved in the event aware that their names are being used by BAE Systems to sanitise their image as symbols of their commitment to corporate social responsibility? This is artwashing on a grand scale: the artwashing of the North of England. Some artists have already withdrawn. We call for the Great Exhibition of the North to #dropBAE.

“It is unethical to have BAE’s name associated with the exhibition and it taints the proud cultures and heritage of the people of Newcastle and Gateshead and, indeed, the North.”

I wonder if these people ever think where the money comes from for all the grants given to arts companies - not all from making candy floss I can assure you
Yeah but when money comes from selling, amongst other things, 'Advanced Precision Kill Weapon Systems' it's hardly subtle is it. The North was built off the back of global arms trade and I think it's great this has highlighted the massive cognitive dissonance at play in these grand spectaculars. It really shows things for what they are.
Its worth checking out - http://lucasplan.org.uk/ - alternative, socially-useful applications of arms technology and skills that could ethically fund (through taxes) our culture & creativity. What this demonstrates is the arms industry is not just about keeping people in jobs, but about British governments waging proxy wars and maintaining imperialism. We should still challenge art washing, however visible or not.
Better believe it yet when cash originates from selling, in addition to other things, Propelled Precision Kill Weapon Systems' it's not really inconspicuous, is it? The North was worked off the back of worldwide arms exchange and I believe it's extraordinary this has featured the enormous psychological discord at play in these great spectaculars. It truly demonstrates things for what they are. https://www.muslimaidusa.org/child-sponsorship/