The two organisations that had their offers of national portfolio status withdrawn will be funded until 2018 under special monitoring arrangements. 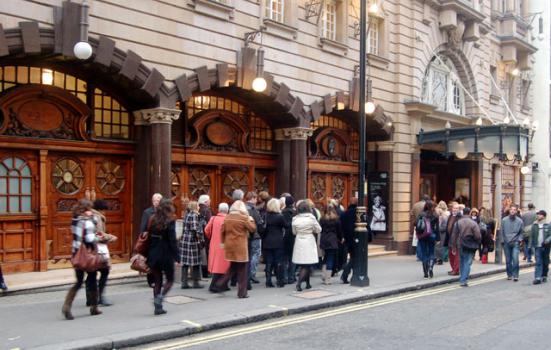 London’s English National Opera (ENO) and Colchester’s Firstsite gallery have had their Arts Council England (ACE) funding agreements extended until 2018, but neither will be admitted back into the national portfolio during the current funding period.

The two organisations were originally announced as part of ACE’s national portfolio for 2015-18 in July last year, but had their funding agreements withdrawn in February 2015 due to continuing concerns over their governance and business plans. They were placed under special funding agreements, guaranteeing support for ENO for two years and Firstsite for one.

ACE’s National Council has now reviewed the agreements, and on Monday announced that they will extend funding for both organisations until 2018 under special monitoring arrangements. The National Council noted: “ENO and Firstsite have made good progress in improving their operations, although both organisations have further work to do to ensure their future sustainability.” ACE will continue to closely monitor the organisations over the next two years as their business models are reviewed.

Both organisations welcomed the news. ENO Chairman Dr Harry Brünjes said: “We are working hard to meet the long-term challenge to ensure that ENO is able to continue to produce artistic work of the highest quality whilst remaining financially stable. We are very happy to have the continued support of ACE as we tackle these challenges over the months and years ahead”. Anthony Roberts, Interim Managing Director of Firstsite, said: “It has been a challenging few months for Firstsite but we can now look forward to a much brighter future. Although, we still have lots of hard work ahead of us we are confident that our future planning will enable us to build a sustainable organisation.”

Both organisations have been grappling with governance issues and senior staff resignations, with ENO only recently appointing a new Chairman and Chief Executive Officer, as well as making significant changes to its artistic team. Brünjes said: “Our recent appointments to the Board and executive management team demonstrate the steps the company is taking to strengthen governance and significant work has taken place over the past year to ensure the continued financial stability of ENO.”

ENO is undergoing a transition to a more commercial business model that will rely less on public subsidy. ACE has offered it £12.38m a year for the 2015-2018 period, which represents a 28% reduction on the amount it received from 2012-15, but this will be softened by an additional £7.6m in transition funding to help it implement the changes.

Firstsite has also recently appointed a new Chair and is currently operating with an interim director.