Arts Council England’s National Portfolio sees a net loss of 20 organisations in the North but only 9 in London. “Maths” errors led to the number of companies cut completely and the number with reduced funding being understated in ACE’s NPO announcement. 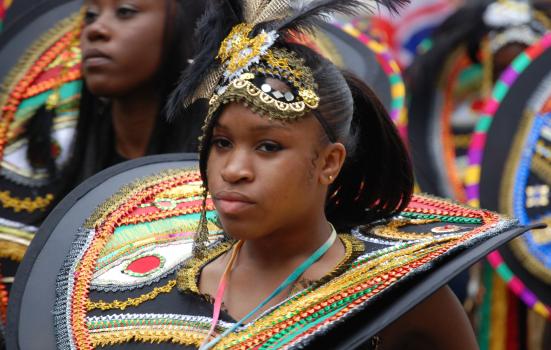 Carnival will lose its flagship in the new National Portfolio

Despite widespread calls for a regional funding imbalance to be redressed, the national picture is hardly changed. The value of National Portfolio Organisation (NPO) funding in London will decrease by just £6.5m in favour of the regions, taking Arts Council England's (ACE) London/regions ratio to 47.3% in the capital and 52.7% outside of London, from a 49/51 split previously. But the number of NPOs across England has fallen disproportionately. London saw a net loss of nine (3.5%) of its NPOs, having lost 25 and gained 16; but the North saw 29 leave the portfolio and only 9 join, amounting to the loss of nearly 10% of its Portfolio. The move reflects ACE’s strategy in the North of “building on the existing clusters of nationally important arts organisations around major urban centres… increasing investment to organisations that produce and present art of international significance, and that also contribute to tourism and the local economy.” There will also be five fewer NPOs in the Midlands and one less in the South East, though the South West will grow by two.

The authors of the report Rebalancing our Cultural Capital, who are calling for a more equitable distribution of arts funding across England, have issued a statement saying that the settlement “has not demonstrated ambition to address the significant part that ACE plays in maintaining the ratio of investment of taxpayers’ money by the DCMS and its agencies between London and the rest of the country at 14:1 in terms of investment per head of population.” They continued: “There is no evidence in the allocation of funds announced today to NPOs and MPMs [Major Partner Museums] of other than a glacially slow address to acknowledged imbalances in the English National Portfolio.”

A total of 124 organisations have suffered losses and funding cuts. 79 will be leaving the Portfolio – more, AP has discovered, than the number announced in ACE’s press briefings, when it was stated that only 58 will be leaving. The figure given represented only those losing their funding but not the further 21 organisations that did not re-apply to be NPOs. A number of high profile organisations were among those cut completely, the biggest of which is the UK Centre for Carnival Arts. Opened only five years ago in the wake of ACE’s 2008 Outdoor Arts plan, the organisation marked a “paradigm shift for the future of the UK carnival sector”, but despite this it is now set to lose £549k a year. Others losing their NPO status are the contemporary art showcase Axisweb, Orange Tree Theatre and Jazz Services, each of which will lose funding worth over £300k a year. Jazz Services, which runs the National and Rural Touring Support Schemes and the Jazz Promoter Awards, has said that the decision “leaves large portions of the country without provisions for funding and support for grass-roots jazz music” and “will be in talks with the Arts Council to appeal the decision and address a number of factors relating to their response to our bid.” Leeds-based theatre company Red Ladder, whose only other current source of core funding is £5k a year from Leeds City Council, will lose its £162k a year; and the Theatre Royal Bury St Edmunds, where a Lottery-funded £5.3m restoration project was completed in 2007, will also lose its NPO status, worth £115k this year.

Of the 624 organisations who retained their NPO status, 66 are faced with reduced funding over the next three years – significantly more than the 37 claimed by ACE in its press briefing. 23 organisations suffered cuts of more than 5%, the most severely hit being Iniva, the Institute of International Visual Arts, which will lose over 60% of its funding. English National Opera will lose 28%, worth around £5m a year, although ACE will be committing an additional £7.6m to help the company make the transition to a new, more commercial business model. This decision was made in the light of a major review of funding for England's seven large-scale opera and ballet companies.

In total the new National Portfolio will include 670 arts organisations – 33 less than currently – and will share £339.5m in 2015/16, down from £340.7m this year. Despite concerns over the erosion of the principle that Lottery money should be used for projects that are ‘additional’ to core funding of the arts, £69.6m of Lottery money will go straight to NPOs, specifically to those where touring comprises more than half of their work, and those that work with children and young people. ACE’s investment plan is for NPO funding to remain constant for the next three years, but this could change as it is based on the assumption of standstill funding from the Government in the years ahead.

Of the organisations that will remain in the portfolio into 2015/16, three out of four will see their cash funding stay at the same level for a further three years. But although ACE says “uplifts have been given in only exceptional cases - less than 10% of the entire portfolio”, in fact 87 organisations – just under 14% – will receive increases ranging from 1.2% at DanceEast, English National Ballet and Welsh National Opera, to over 100% at seven organisations including Akram Khan Company, Eden Arts and Southampton City Council, for the city’s long-awaited arts hub. 46 new organisations are set to join the National Portfolio, the biggest new entrant being New Adventures & Re:Bourne, Brighton, with £1.3m a year from April 2015. They are joined by Derby Theatre and Tyne and Wear Archives & Museums, which takes up the role of Bridge organisation in the North East. They will receive £500k a year each. ‘And Other Stories’ is the only organisation to join the portfolio on the minimum level of funding, £40k.

AP asked ACE how many of the NPOs that had received ‘financial interventions’ over the past three years had been re-admitted to the portfolio, but ACE Chief Executive Alan Davey declined to answer, saying that these organisations will continue to receive funding if they are considered to be strategically important. Hull Truck theatre, which has received £300k from ACE in return for “a significant number of changes to the current business operation”, will see an uplift of 46% to reach £791k a year.