32 boroughs will compete to be named ‘London Borough of Culture’, with one taking the title in 2019 and another in 2020. 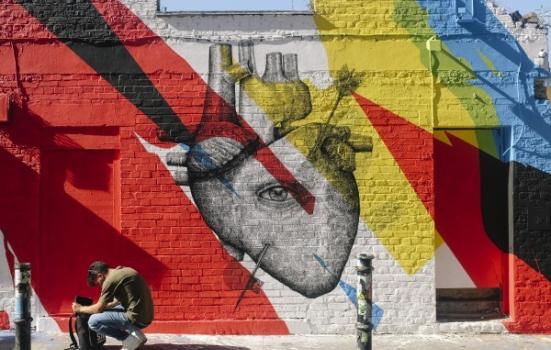 London boroughs are to share £2.8m as part of a city-wide initiative to “strengthen London’s reputation as an international powerhouse for culture”.

Announced today by London Mayor Sadiq Khan, the London Borough of Culture award will see the capital’s 32 boroughs compete to stage a programme of “world-class cultural events and initiatives” and make culture an “integral part” of their future.

Two boroughs will be awarded the title and £1.1m in funding, for 2019 and 2020 respectively, and a further £600k will be split between six boroughs for “exemplary individual projects”.

“Now, more than ever, there is a pressing need to reach out to our neighbours and celebrate London’s unique and diverse culture,” said Khan. “London Borough of Culture is a great way to do just that whilst showing the world that our cultural gems extend way beyond the centre of the capital to all corners of the city.

“From the outset of my Mayoralty, I pledged to make growing London’s culture a core priority and I’m proud to launch this ground-breaking new initiative, which I know will bring culture to life across the city.”

Boroughs will be encouraged to consider how arts and culture can help them deliver local plans, for example through skills development and regeneration projects. The two winning boroughs will be chosen based on their artistic vision and ambition to deliver “outstanding cultural initiatives” in their local area.

The top bids are expected to “shine a spotlight on existing cultural treasures,” and bring new cultural opportunities to their areas, with events including festivals, pop-ups, exhibitions and other arts activities.

Leading cultural institutions in the capital including the Barbican, the Roundhouse and the Museum of London will help the selected boroughs realise their vision.

In addition, the Heritage Lottery Fund and Paul Hamlyn Foundation will work with the winning boroughs to help them secure further funding for the projects.

Cllr Darren Rodwell, London Councils’ executive member for city development, said: “Each and every one of London’s boroughs makes a huge cultural contribution, not only within their own individual areas, but as part of the rich tapestry of cultural life city-wide.

“This exciting new competition will not only allow boroughs to stimulate fresh ideas in their communities, but will shine a light on their existing hidden treasures: bringing in visitors and encouraging a renewed connection with the arts. I look forward to seeing the bids and urge boroughs to grasp the opportunity the contest presents.”

The closing date for boroughs to submit their bids is 1 December 2017. The winners will be announced in February 2018.