1 in 3 professional musicians have suffered from an eating disorder 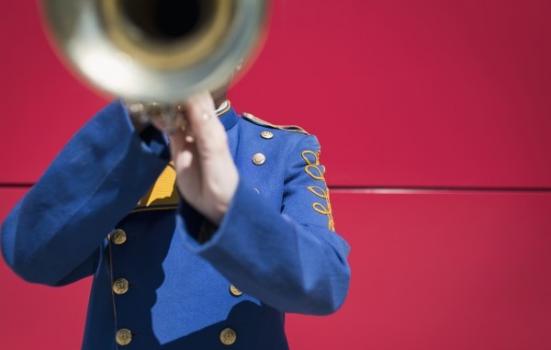 Over 30% of professional musicians have battled with an eating disorder at some point in their life, according to major new research on the mental health of adult musicians.

“A musician’s unpredictable work schedule, performing and low income are major factors which both from a mental (loneliness, anxiety, depression, personality disorders, substance abuse) and practical (irregular meals when travelling) aspect draw them into a vicious circle of unhealthy eating,” the report finds.

It continues: “Clinicians can be made further aware of the increased prevalence of eating disorders in musicians, which is possibly due to extra pressures, and therefore, provide special care to optimize their health, well-being and in turn their performance.”

The research, conducted by University of London academics Marianna Evangelia Kapsetaki and Charlie Easmon, intended to assess the prevalence and causes of eating disorders in musicians.

It follows research by Help Musicians UK, which found around 60% of professional musicians have suffered from a psychological issue and almost half have experienced problems with alcohol.

Kapsetaki and Easmon surveyed 301 professional and amateur musicians – working as singers, instrumentalists, conductors and composers – to see if the prevalence of eating disorders was affected by the type of music being performed, age, gender, income, career, or other risk factors, such as social isolation and perfectionism.

It concludes that style of music has a limited impact on mental illness, but notes the effects were more pronounced for soloists than those working in groups, for those travelling abroad than staying in the country, and for students rather than teachers.

The report notes musicians are particularly at risk of eating disorders because of society’s focus on thinness and attractiveness, which is magnified in the music industry.

In addition, it highlights pressure from parents and teachers, competitiveness, peer pressure – especially within groups of musicians – and puberty as other factors, which combine to present a “weak point in the control of musicians’ eating habits”, as this is when musicians begin to experience heightened body awareness and to launch their careers.

“Another factor that can induce further pressure to a musician’s already stressful life is their relatively low income, which also may affect their dietary choices… 41.8% of the musicians would change their diet if they had a higher income,” the report notes.

Although the median Body Mass Index (BMI) of the musicians surveyed was found to be in the normal range, the authors warn that eating disorders have the highest mortality rate of all mental illnesses and mental health challenges in music are comparatively under-researched compared to those in artforms such as dance.

A key concern for the report’s authors is the degree to which mental illness is underdiagnosed. For instance, it notes eating disorders are mostly identified in females, though males also have a “high incidence” of the disorder.

It adds musicians may avoid reporting health issues such as eating disorders because of pressure from managers, or the “fear of losing a long-awaited career”, and laments the lack of medical attention for some illnesses. Over a third of symphony orchestral musicians and over 80% of opera singers are classified as having orthorexia nervosa – an obsession with eating foods the sufferer considers healthy – but the condition is not reported as an official diagnosis.

Commenting on the report, Jonathon Inskip, Director of Health and Welfare at Help Musicians UK (HMUK), told AP: “Due to the nature of their work, professional musicians often feel a pressure to present a ‘perfect’ image in terms of technical performance and sometimes physical image.

“Late nights touring away from home, coupled with unpredictable eating and sleeping patterns, add to the physical and psychological pressures of the industry.

“Eating disorders, in particular, are complex areas of mental health, often relating to the perceived pressure to be ‘perfect’. The triggers can vary, ranging from bio-chemical, physical and social, through to insecurity and low self-esteem.

“At HMUK, we are uniquely positioned as an independent charity to support musicians in need. While there are a number of organisations that support musicians struggling with eating disorders and mental health, a first point of contact being your GP, we understand the complexity of being a musician and recognise the need to provide personalised support for those working in the industry.”

Based on the research linked, there's no way to know whether the headline of the article is actually true. The fundamental issue here is that this research is based on a survey that was sent to an unspecified number of people, an unspecified number of whom subsequently emailed it to people they knew, and 301 of whom responded to it. Given this sampling method, it's almost vanishingly unlikely that these 301 people are representative of musicians in general. Somewhat absurdly, the authors tell us "We used a random sample to avoid any selection bias.", but it's only possible to draw a random sample when you have a sampling frame - in this instance, that would be a list of all musicians. The term "random sample" here is meaningless. The authors also tell us "Also, snowball sampling may have occurred although avoided as much as possible, by sending the survey to many different institutes simultaneously and worldwide". This isn't at all reassuring; in order to interpret the results properly, we need to know how many people it was sent to (do they mean it was sent to organisations, and asked them to send a survey link to their members?). I hate to be a killjoy on this stuff, but it's important to understand the welfare of people working in the arts; this is hard to do, and it needs to be done properly. The claim that a third of professional musicians have disordered eating just isn't sustained by the research that's been conducted, purely because of the recruitment method. I think it's irresponsible of ArtsPro to have published this.
Hi Mark Thanks for the comment – essential to have critique and analysis about the content we publish, and your assessment of the sampling in the study is interesting. At ArtsPro, we simply report on news and research we believe is of use to the sector. The research underpinning this story written an academic in the division of Brain Sciences, Imperial College London, and another academic in the Division of Surgery and Interventional Science, University College London. It was then published in a peer-reviewed journal. As I understand it, there will always be questions about whether a sample is truly representative. But this piece of research finds 32.25% of responding (self-classified) professional musicians reporting an eating disorder at sometime in their lifetime – we believe this is something the sector must be aware of, verify and address.
I want to pick up on "As I understand it, there will always be questions about whether a sample is truly representative". Sampling is hard, and by definition it's impossible to know how far samples are representative of the population. However, a study that adopts a decent sampling strategy and is explicit about its shortcomings is a completely different beast from a study that has a bad sampling strategy and glosses over its shortcomings, which is what's happened here. Saying that we don't know whether a sample's ever representative of a population elides the fact that some sampling strategies are more likely to lead to hugely unrepresentative samples, which is what's happened here. This doesn't mean I don't think investigating disordered eating among musicians is important. However, what we can conclude here is that 35 professional musicians said they've ever had eating disorders. I wouldn't be surprised if the fraction of professional musicians who've ever had eating disorders is actually *higher* than 32%. But the evidence here is very weak. I'm sympathetic for the point that the original paper's written by academics and is in a peer-reviewed journal, but (a) that doesn't mean it's a good paper, and (b) the paper doesn't say that a third of professional musicians have had eating disorders, it says that a third of their sample have had eating disorders. This is an absolutely crucial distinction, and the headline's wrong for having missed it.