Jonathan Gross and Nick Wilson reflect on their recent research into cultural ecology and suggest what the future of progressive place-based policy and practice could look like. 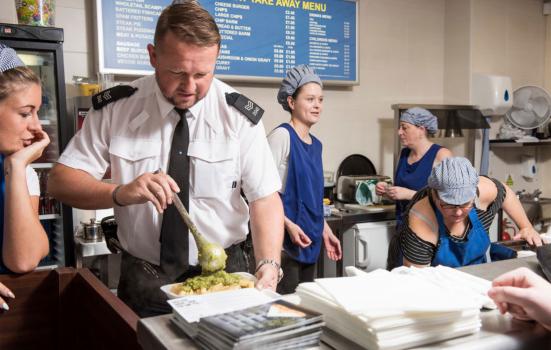 Cultural policy focused on place is nothing new. Since the 1970s, capital of culture competitions and culture-led regeneration have proliferated. Yet it is fair to say that the UK is witnessing an upsurge of place-based initiatives, from London Borough of Culture to the Great Place scheme. But why is an emphasis on place important, and what are these initiatives trying to achieve?

We recently conducted research, called Creating the Environment, with the Creative People and Places network (CPP), a programme developed by Arts Council England, with investment in 21 places. In each place, a consortium has formed to support a programme of cultural activities shaped by the people living in that area. The focus of our research was the cultural eco-systems within the CPP places.

Over the past few years we have found it helpful to use ecological language to explain how culture happens. Ecology is all about interdependence: how forms of life relate and adapt to one another. The word ecology was coined by biologists in the late nineteenth century, applied to culture by anthropologists in the 1950s, and has increasingly been used within the cultural sector since the early 2000s.

In previous publications, we have shown how cultural opportunity operates not just through people having access to particular organisations or projects. Instead, it is made possible by interconnections between cultural resources of many kinds. These include publicly funded arts organisations, commercial culture and amateur practice. But social infrastructure is vital, too - including transport links, accessible and welcoming public spaces, good quality information systems and inclusive social networks.

Through our research with CPP, we compiled a provisional inventory of 54 components of cultural eco-systems, documenting the extremely wide range of tangible and intangible cultural resources that enable cultural opportunities within a place. But we also examined the relationships between these many components. How is information shared? Is there a university or further education college helping to make connections? What is the role of the local authority? Is there a cultural strategy for the area? Systemic factors such as these play a crucial role in enabling cultural eco-systems to flourish.

Taking an ecological approach to cultural policy and practice is important for at least two reasons. First, it is more likely to be effective in expanding cultural opportunity. This is because it will be more responsive to how cultural opportunity actually operates: through interconnections between resources of many kinds rather than via single organisations. Second, it offers an approach that is neither paternalistic (telling people what kind of culture is good for them) nor libertarian (abandoning all public or shared responsibility for culture).

Adopting an ecological approach does not mean the end of cultural policy or leadership. It means seeking to create conditions that hold open spaces for diverse forms of culture to be made and remade on an ongoing basis. In our research we offer a set of considerations for developing flourishing cultural eco-systems aimed at any communities, networks, organisations, groups or individuals seeking to adopt an ecological approach:

Our final suggestion is to make an explicit commitment to holding open the cultural eco-system. This will mean those involved in leadership and governance asking themselves a series of questions, on an ongoing basis. Do our current practices keep open who we work with, who we partner with and the kinds of culture being made? When there is evidence of closure, what can we do about it? And do our forms of decision-making support the openness of the eco-system?

With so much focus on place, it is important to acknowledge that not all place-based cultural initiatives are equally ecological. Unlike some policies championed in the past, the approach we have outlined has the potential to support cultural opportunities in a systemic way that has three significant advantages.

First, it is sensitive to how cultural opportunity actually happens – via the interconnections between cultural resources of many kinds. Second, it is responsive to what makes a place itself, recognising and supporting both continuity and change. Third, an ecological approach such as this renews the potential to make a fundamental double commitment to public responsibility for cultural opportunity, and to people’s cultural lives being determined by themselves.

Nick Wilson is Professor of Culture and Creativity, and Jonathan Gross is a Teaching Fellow and Research Fellow at the Department of Culture, Media and Creative Industries, King’s College London.

The elusiveness of everyday culture
Fears within ACE over ‘dumbing down’ art
Involve communities to stave off gentrification, cultural districts warned