Details of Welsh Government proposals for embedding the arts in the new curriculum have been put out to consultation prior to being adopted for all primary students in 2022, and rolled out for all students aged 3-16 by 2026. 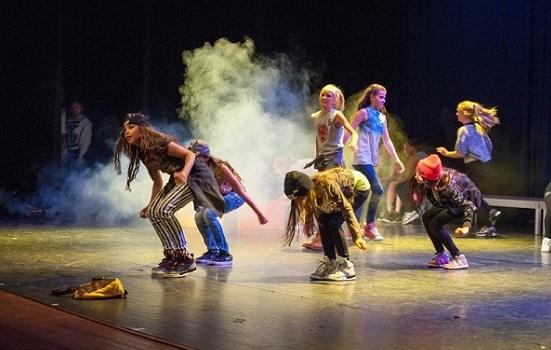 Dance could be used to teach young people maths
Photo:

The Welsh Government has launched a public consultation on the specifics of its new curriculum, which replaces a subject-based approach with six broad “areas of learning and experience”, including expressive arts.

Schools, teachers and any other interested parties are invited to respond to the document, which outlines suggestions for how disciplines such as drama and dance could be used to further the study of core learning objectives, such a strong grasp of numeracy and literacy.

These include using dance to teach students about patterns and shapes, using script and speech writing to improve literacy, or role-playing various careers to inform young people about different types of job.

These developments in Wales come amid continued recognition of the limited access to the arts on offer in English schools, including a recent intervention by Arts Council England to urge Ofsted to limit ratings of ‘good’ or ‘outstanding’ to schools with a strong arts offer.

The planned curriculum is split into six pillars: humanities, languages, literacy and communication, mathematics and numeracy, science and technology, and expressive arts. The scope of the arts strand ranges from drama and music to film and digital media.

While the Government is clear that schools can decide how to design their individual curriculum, they will be required to cover core topics within each of the six pillars. These include the Welsh language, relationships and sexuality, and literacy and numeracy. The draft curriculum sets out learning plans to help schools achieve these outcomes.

The emphasis on arts in the new curriculum builds on a £20m five-year plan launched in 2015, which aimed to improve links between schools and arts organisations and train teachers in using creative approaches to teaching numeracy and literature.

A report last year found the programme had been successful overall, but that there would be challenges in maintaining it once financial support comes to an end. Another report, released last month, found 63% of Welsh state schools – and hence almost 100,000 pupils – had benefited from renewed arts-based learning since 2015. Over 900 teachers have been trained in the scheme so far, and 22 arts and education collaborations were formed.

“The arts could have been perceived as dying in education,” comments teacher Kay Smith in a video explaining the arts branch of the new Welsh curriculum. “But in Wales we’re embracing it.”

She adds that collaboration across all areas of learning and flexibility is vital to success, and praised the curriculum for offering learners access to all creative disciplines.