Venues that fail to comply face a maximum £10,000 fine but policing falls to overextended local authorities and underserved security. 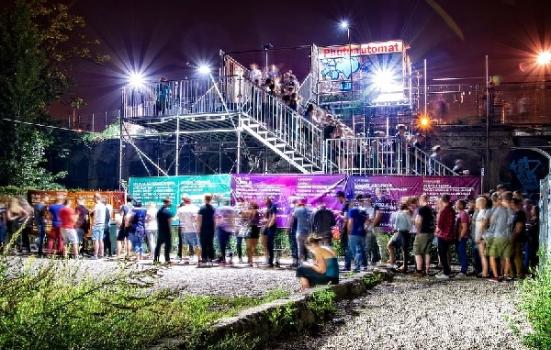 Venues are caught in a double bind on door staff, with only security professionals able to refuse entry

Scottish venues that fail to verify vaccine passports face fines of up to £10,000.

The Scottish Government said on Monday (October 18) a two-week "grace period" for venues to get to grips with the new system has now expired and enforcement will apply.

However, the likelihood of venues receiving substantial fines is low. The penalty for a first notice is just £30, rising to £120 for a second offence and as much as £960 for a third. The £10,000 maximum would only apply if the matter went to court.

Policing for the policy falls to local authorities, who will "adopt an approach of engaging, explaining and encouraging the responsible person before enforcement options are considered," the Scottish Government says.

Councils also have discretion over how many visits to make after midnight, when passports must be presented: "There is no expectation that late night visits are required to assess compliance in all circumstances."

"We expect local authorities to manage their own approach to enforcement and prioritisation of businesses."

Scotland's system could provide a blueprint for England, though ministers this week rejected suggestions vaccine passports are, or will be, needed.

Scotland initially delayed enforcement amid concerns venues were being rushed into implementation. An app for checking certification was updated Tuesday (October 19) to show a green tick when QR codes are scanned - otherwise people could just screenshot a code.

But night time businesses say a shortage of trained security personnel threatens to derail the scheme, and politicians claim awareness of where and when the passports are mandatory is low.

Scotland is taking a "graduated approach", with the proportion of passports checked doubling each week.

At present, events with more than 1,000 attendees are only required to check 15% of passports, up from 5% when the scheme first started.

"The expectation is that 20% spot checks or 1,000 checks - whichever is higher - of every vaccine certificate should, in most cases, be reasonable," guidance says.

Events under 1,000 attendees must be checking 100% of passports by the end of the month.

Security resource is at about 70% of what's needed nationwide, according to the Night Time Industries Association. The Scottish Licensed Trade Association says some venues are closing early because of the shortage of accredited door staff.

While the staff who check vaccine passports need not be accredited, those who turn people away from the venue must be, placing venues in a double bind on staffing.

The Scottish Hospitality Association asked: "96% of hospitality owners [have] primary vacancies to fill - can anyone tell us how we are to recruit to police this?"

The Scottish Government says it may reseasses what percentage of checks is "workable and robust" based on local authorities' feedback.

Breaches of the passporting system will fall back on event managers, not patrons.

Either a local authority officer or a venue manager, depending on the event, could be at fault if they can't produce or follow their compliance plan on demand.

The Government says it does "not propose to impose new legal responsibilities on customers or to create any new offences for customers attending the event or premises, but we will keep this under review".

Attendees who present fake passports may be committing an offence under existing law.

"The sector has complied extraordinarily well with the regulations so far.

"This is a very limited scheme and we hope this will allow businesses to remain open and prevent any further restrictions as we head into autumn and winter."