A Lords Committee heard that Thanet has seen 84% growth in creative businesses between 2013 and 2016, following a long-term programme to support arts and culture. 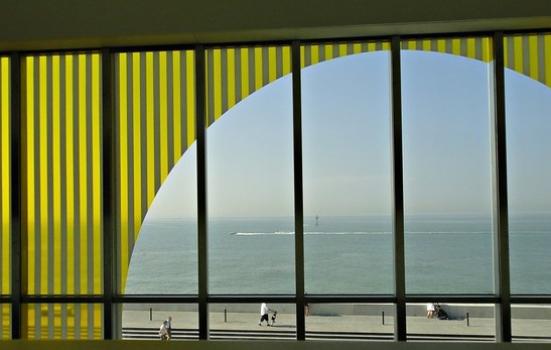 A view from the Turner Contemporary, Margate
Photo:

Gareth1953 All Right Now on VisualHunt.com / CC BY

Investments in cultural projects and infrastructure will be essential to reviving struggling seaside towns, according to a new House of Lords report.

Peers say that landmark arts interventions, such as the opening of Turner Contemporary in Margate, can help areas “re-invent themselves” and diversify their economies.

“Places like Brighton and Bournemouth have shown that ‘the seaside’ can successfully reinvent itself,” commented Lord Bassam of Brighton, the Chairman of the Lords Select Committee on Regenerating Seaside Towns and Communities, which produced the report. “The Committee is confident that if our recommendations are pursued, seaside towns can once again become prosperous and desirable places to live in and visit.”

The Committee has spent just under a year collecting oral and written evidence from Government Ministers, local authorities, funders and relevant stakeholders.

It concludes that seaside towns have been neglected “for too long” and are suffering from issues rooted in the decline of core industries – domestic tourism, fishing, shipbuilding and port activity – as well as from their location ‘at the end of the line’.

“A single solution to their economic and social challenges doesn’t exist,” Lord Bassam added. “What is needed is a package of strategic initiatives and interventions where national and local government work together to address issues such as transport, housing, post-school education and high-speed broadband.”

Analysing the changing fortunes of areas such as Brighton, which the authors conclude is probably the UK’s most successful seaside community -- but “was not always that way, certainly not in the 1970s and early ‘80s” -- they say the arts give Brighton a “USP” as a “culture city with creative businesses”.

Similarly, they note that the opening of the Turner Contemporary has boosted local regeneration in Margate. Thanet District Council told the committee that there had been “84% growth” in creative businesses in the area between 2013 and 2016, following the long-term programme ‘Margate Arts, Creativity and Heritage’.

“The creative industries have a clear role in supporting seaside towns to diversify their economies and enhance their local cultural assets,” the report adds. “Capital investment must be made in the context of its impact on the place generally and be monitored and evaluated accordingly.

“It is vital that evaluation processes for grant funding for heritage and arts projects address issues relating to place-based approaches to regeneration, so as to ensure that public funds are used prudently, and that best practice can be understood and shared”.

In a written submission, Arts Council England (ACE) told the committee that it had it had invested £64m in seaside towns through its National Portfolio for 2018-22 and was involved in numerous seaside regeneration projects across the country. These include the Coasters Programme – a project led by SeaChange Arts, bringing together 11 organisations to build relationships in areas of lower engagement -- and Creative People and Places, which from 2019 was open to application from 13 more seaside towns.

Lord Grade of Yarmouth lamented that functioning theatres in the seaside which once hosted major acts remain underused and unloved, but that thousands of people in the UK travel to London for a few days to see a show.

“These great seaside towns need to find new reasons to draw visitors, even if they no longer come for two weeks of uncertain weather,” Lord Grade added.

The report also makes a series of other recommendations, including:

The committee is waiting for Government to respond to the document and set up a debate on its contents.

I am so fed-up with seeing these sort of headlines. Yes the arts and culture can help struggling towns, if allowed to breathe freely. But what happens when that has happened? Are the arts and culture still valued. NO. Too often there are similar headlines that state Rent rises mean arts venue closes, or artist studios that revived an undesirable building are closed to make way for re-development. Arts and culture are NOT simply a stage on the revitilisation of capital growth, that can then be discarded unless like for instance Margate, the Turner Contemporary or some similar venue has enough clout of its own. If the arts are so valuable, then its time to see beyond the veneer given it by mere economics and understand the REAL value not just as a useful stepping stone to capital growth.