Culture Secretary Fiona Hyslop has announced a Performing Arts Venues Relief Fund that will “meet the immediate needs” of organisations and freelance workers attempting to survive the ongoing impact of the pandemic. 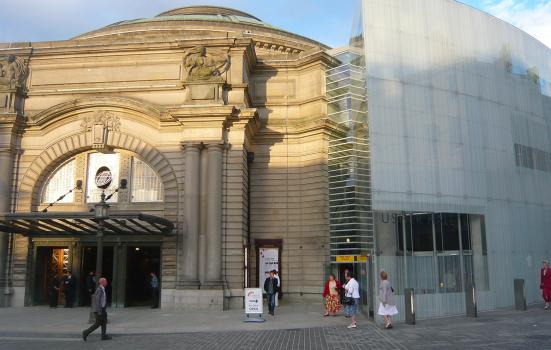 The Scottish Government has announced a dedicated £10m fund for Scotland that will provide a “vital lifeline to help performing arts venues continue to weather the storm”, as they approach the brink of permanent closure due to restrictions imposed by the Covid-19 crisis.

Acknowledging that Scotland’s performing arts venues effectively had to close overnight with an almost complete loss of income, Culture Secretary Fiona Hyslop announced the Performing Arts Venues Relief Fund, saying: “Our theatres and performing arts venues and the talented freelancers who work with them are an essential part of the fabric of Scotland’s culture and communities and promote our international reputation, and we are determined that they will survive and be able to thrive again.”

First Minister Nicola Sturgeon tweeted: "We know this will not solve every problem facing our culture sector, and that more support is needed. But I hope this £10m will be a lifeline for theatres - and also send a signal of how important we believe arts and culture are, not just to our economy, but to our wellbeing too."

The fund will be run by Creative Scotland, who will publish full details shortly. Available to both regularly funded organisations (RFOs) and non-RFOs, it will also recognise the role that freelance workers play in the sector. The Fund aims to:

Iain Munro, Chief Executive of Creative Scotland, has welcomed the Fund as providing “a critical injection of cash to help meet the immediate needs” of venues.

The Scottish Government has so far been more responsive to the needs of the cultural sector than England, where cash support has come from Arts Council England’s own reserves. In Scotland, support for the arts has also come from the Government’s Creative, Tourism & Hospitality Enterprises Hardship Fund and Pivotal Enterprise Resilience Fund (PERF).

Edinburgh Festival Fringe Society has agreed to a £1 million interest-free Government loan with a pay-back period of 6 years, plus a further £149,000 from PERF. £76,000 from that fund has also gone to Glasgow’s Tron Theatre to help it prepare for re-opening and re-establishing its creative programme.

Hyslop said: “We will continue to urge the UK Government to use their fiscal levers, such as significant borrowing powers, to back culture and creative industries with major investment. This will enable the Scottish Government to offer even more support to respond to this crisis and build for the future.”

The new fund has been “warmly welcomed” by the professional performing arts industry body, the Federation of Scottish Theatre (FST).

Its members have been hit hard by Covid-19, with international tours cancelled from the start of the year and all theatres and arts centres closed from mid-March. They have since been streaming work, offering dance classes online and offering support to vulnerable and isolated audience members, but have lost around 70% of their turnover, and physical distancing will make it difficult or impossible to reopen their venues.

Jude Henderson, Director of FST, pointed out that the “announcement represents a fraction of the amount of the income lost to the sector this year”, and will be working closely with Scottish Government and Creative Scotland on the next steps and phasing of the funding. She said: “We need to make sure that every pound counts as we rebuild a thriving theatre and dance sector which tells all of Scotland’s stories.”

Good news from Scottish government - I sincerely hope that those theatres who moved quickly to the redundancy option - however understandable under the circumstances - will now reconsider and look after the interest of long serving staff members.