Digital skills are spread thin in cultural organisations, with only one in six of those in the most senior strategic roles identifying web or digital activity as forming a part of their work. 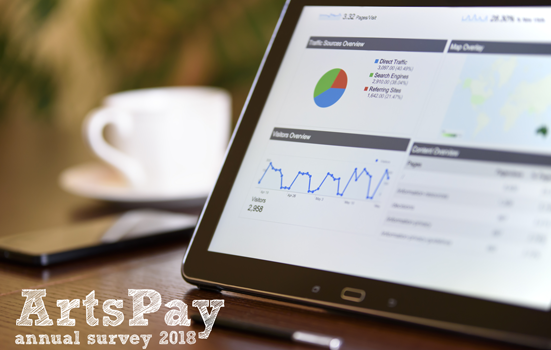 The more senior an employee is in their organisation, the less connection they have with web and digital work, new research into pay and earnings in the arts and cultural sector has revealed.

The ArtsPay 2018 survey found that only a quarter of all senior staff described web or digital activity as forming a part of their work, a figure which falls to around one in six (18%) of those primarily concerned with strategy and organisational development. 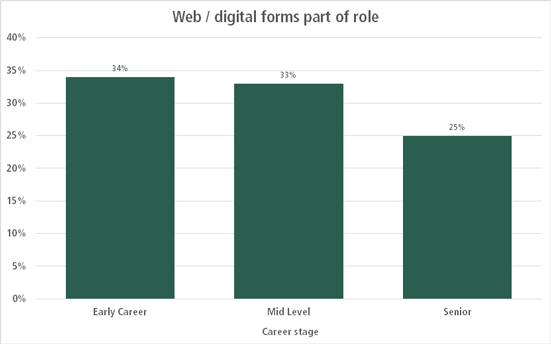 Only one in six of those in senior strategic roles described web or digital activity as forming a part of their work.

The research also found that while about a third (30%) of those in full-time employment are involved in web or digital work as part of their role, this type of work is a specialism for very few.

Of the 397 employees who said their work included web or digital activity, only 25 (6%) said this was the main focus of their role.

The findings align with those of a 2017 Nesta survey, in which only 19% of respondents were confident that most of their senior management were knowledgeable about digital technologies, and only 16% were clear that coming up with new digital ideas was a priority for the senior team.

The limited connection that those in senior strategic roles have with web/digital activity is in sharp contrast to the attention devoted to other business activities.

Three-quarters of them cite fundraising and HR as part of their role; 60% are involved with artistic direction and finance; around half say they engage with marketing and general administration; and 30% with facilities and operations management.

The only areas of organisational activity where senior executives have less engagement than with web/digital are box office/front of house and backstage/technical operations. 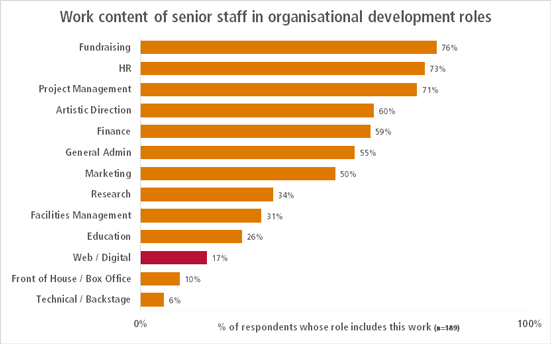 The majority of digital activity is taking place in marketing departments.
74% of respondents for whom marketing is the main focus of their role said their work included web/digital activity - a proportion that holds true across early career, mid-level and senior marketing roles. This is also consistent with Nesta’s 2017 research, which found that the most advanced digital skills in arts organisations are in marketing.

Less than a quarter (24%) of those whose primary roles were in artistic direction, programming or curation said web/digital formed a part of their work, as did only 15% of fundraisers.

Involvement with web/digital work is also age-related, and the extent to which it forms part of an employee’s role varies between art forms and different sizes of organisation.

The average (median) salary for those whose work is primarily in web/digital may be marginally higher than for those working at the same level of seniority in other disciplines.

Mid-career web/digital respondents to the survey earned an average of £31,872 last year. The only mid-career professionals earning more than this were those in strategic/policy/organisational development roles, who averaged £35,000. At the other end of the scale, the average salary for mid-level professionals working in box office/front of house was £24,250.