Property deal to mark a new era for Aldeburgh

Owning the freehold of its site will enable Aldeburgh Music to fulfil Benjamin Britten’s vision for a creative campus while creating a new source of income for its artistic programme. 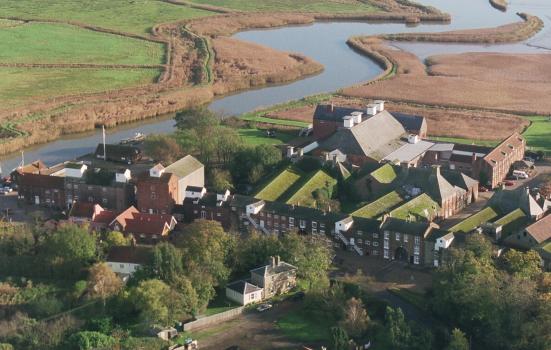 Aldeburgh Music is on the brink of a deal that will see it acquire the freehold of its site at Snape Maltings, plus a commercial portfolio of residential and retail properties including shops, galleries and two cafés, and further maltings buildings which have yet to be restored. Aldeburgh Music’s campus currently includes Snape Maltings Concert Hall, the Britten–Pears Building, the Dovecote Studio and the Hoffmann Building, which houses the Britten Studio. The site has been owned by the Gooderham family since 1965 when the largest building was rented to Benjamin Britten and the Aldeburgh Festival to be converted into the concert hall. As well as Aldeburgh Music’s year-round arts programme, the site is home to a successful retail and catering business, monthly farmers’ markets, exhibitions and the annual Aldeburgh Food & Drink Festival, which is one of the UK’s largest food festivals.

The sale is due to be completed on 18 March, made possible by a combination of the re-investment of the organisation’s endowment, an individual donation, and a £2m contribution from Arts Council England’s capital grant in aid allocation from DCMS, which can only be used to buy capital assets, stocks, repay debt or acquire long-term financial assets.

Roger Wright, Chief Executive of Aldeburgh Music, said: “Owning the whole site opens a myriad of possibilities, crucially the fulfilling of Britten’s vision for a creative campus with a new level of public engagements. While creating a new source of income for Aldeburgh Music’s artistic programme, we have every intention of building on Johnny and Alesha Gooderham’s inspired work to preserve Snape Maltings and develop it as a destination venue. I look forward to an open discussion about the way in which partnerships can develop the site’s potential for audiences and the arts in general, and am particularly grateful for the support of the Arts Council at this significant time in the history of Aldeburgh Music.”