Music teachers should be treated as ‘workers’ and provided with holiday pay, national minimum wage and whistle-blower protections, according to a new tribunal ruling. 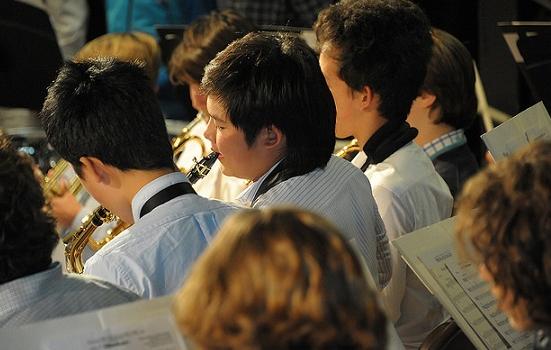 EaglebrookSchool on Visual Hunt / CC BY

Employment rights for thousands of peripatetic music teachers could be about to change dramatically across the UK.

A victory in a new tribunal case has paved the way for self-employed music teachers working in schools to be treated like workers and provided with benefits currently reserved for employed staff – including holiday pay, minimum wage guarantees, and protection from discrimination under the Equality Act 2010.

Mugni Islam-Choudhury, a barrister at No5 Barristers’ Chambers, successfully argued that a music teacher employed to provide services to pupils and parents was a worker, rather than self-employed. The teacher was “very much integrated” into their school, being paid a rate set by the school and formed part of the music department’s ‘offering’ to students. The teacher had access to school facilities, school email and an ID card.

The barrister said the case – which follows similar employment rulings for companies such as personalised taxi service Uber – could have significant implications for other teachers across the UK who are engaged to provide music tuition during the school day. This would hold true even if parents technically pay for the lessons.

“Schools across the country offer music lessons to pupils on the basis that the fee is paid privately to the tutor, but the service is facilitated by the school which has engaged the teacher,” he said.

“This [ruling] will allow them to receive holiday pay, but importantly will give them protection as whistle-blowers should they ever have cause to raise any safeguarding issues.

He added that everyone in school environments has a duty to raise safeguarding issues if there is a genuine concern – but if the person raising the issue is not recognised as a worker there is “no protection against their contracts being terminated at the whim of the school”.

“Contracts for these positions generally say the tutor is self-employed, but we successfully argued that just because that is what the contact says does not mean that they are not workers,” the lawyer added.

Membership body the Incorporated Society of Musicians said it was “delighted” by the ruling, especially when the contract is for personal service and the school “is neither the teacher's client or customer”.

The organisation has been concerned about the ‘Uber-isation’ of music teachers across the sector, which has left peripatetic music teachers vulnerable, with no entitlement to job security, holiday pay, pension scheme, sick pay or maternity cover.

“The ISM's expert in-house legal team has seen a growing trend of long-term employers and engagers of music teachers claiming that music teachers are self-employed and not entitled to the same protections and support as found in more traditional employment,” added Deborah Annetts, Chief Executive of the ISM.

“We hope this decision paves the way for the changing of legislation to abolish zero-hour contracts and recognise that all peripatetic music teachers working under similar conditions are entitled to these necessary employment rights.”