Proposals for a taskforce to help ‘get the music industry back on its feet’ and a petition to increase royalties for streamed music are among the latest measures aimed at putting pressure on the Government to support the music industry. 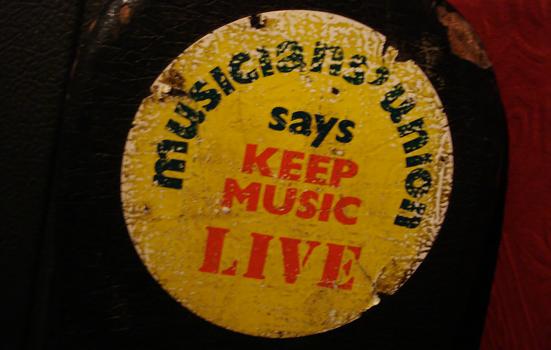 Prime Minister Boris Johnson’s ‘roadmap out of lockdown’ has added to uncertainty in the music industry about when different sectors will be allowed to re-open, according to UK Music, the umbrella organisation that represents the collective interests of the UK’s commercial music industry.

With July earmarked as the first possible point at which the hospitality sector could return, live music events are effectively ruled out for the summer - a period which is vital to their turnover and ability to survive. UK Music estimates that the contribution of live music alone to the UK economy is set to fall by £900 million to just £200m – described as  a “catastrophic” blow to the industry.

In its COVID-19 Recovery Strategy , ‘Our Plan to Rebuild’, the Government says it will establish taskforces to work with stakeholders in the sectors likely to be closed for the longest, “to develop ways in which they can make these businesses and public places COVID-19 Secure”. UK Music is calling for this to be implemented urgently in the music sector.

It has outlined a number of concerns where it believes the Government and the new taskforce could work with the industry to get the music business back on its feet. The Government should, it says:

Support in parliament for the music business is growing, with the influential All-Party Parliamentary Group on Music having quadrupled in size from 27 MPs and peers in 2017 to a record high of 106. A key forum for informing politicicans about the issues facing the music industry, it is now one of the largest and best supported groups in Westminster, with members from all the major political parties and many DCMS Select Committee members.

In the past it has played a role in getting the ‘Agent of Change’ principle enshrined into planning law, and helped win the argument for copyright changes drawn up by the European Parliament to help creators and investors in the music industry.

UK Music’s campaigning coincides with an announcement by The Ivors Academy and the Musicians’ Union (MU) that they have have joined forces to form a new alliance that will campaign to ‘Keep Music Alive’.

This Covid-19 crisis has hit creators and performers particularly hard as they are sustained primarily by income generated by the live side of the music business and earn very little from streaming royalties. It’s an issue being raised by thousands of musicians and music creators who have taken to Twitter to highlight this issue, using the hashtags #BrokenRecord and #FixStreaming.

MU members have reported over £21m of lost income since the Covid-19 lockdown came into force and members of The Ivors Academy anticipate a loss of £25,000 per person over a six-month period. The Keep Music Alive campaign aims to ‘fix streaming’ and calls for industry stakeholders to come together to agree an “equitable, sustainable and transparent model for royalty distribution in the streaming era”.

The two organisations have started by setting up a petition calling on Government to undertake a review of streaming “to ensure that the music ecosystem is transparent and fair”.

Graham Davies, CEO of the Ivors Academy, said: "Music creators are clear that the industry must change. The current models are broken. It is wrong for a few corporations to make billions from streaming while thousands of creators seek hardship support as their livelihoods evaporate”. They comment that recent statements by BPI on UK label growth being “powered by streaming” shows that some are enjoying enormous profits on the back of the work of songwriters, composers and performers.

Record Lottery ticket sales give a boost to the arts

The popularity of draw-based games improved returns to good causes last year, but heavy reliance on retail sales points to a “...