The Impact Investment Institute will help people ‘combine financial returns with a social purpose’, potentially boosting funding for the arts. 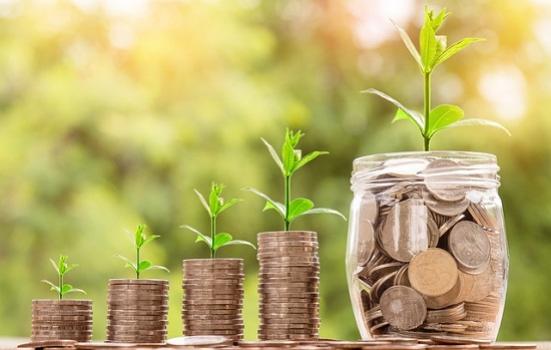 DCMS is to launch a new institute to encourage people to choose pensions and savings plans that benefit issues they care about, according to information released this week.

But sector experts have suggested that the value of the Impact Investing Initiative to the arts could be limited, because although cultural organisations deliver on social impact, they struggle to provide financial returns in a way that investors expect.

Organisations seeking the institute’s support must be able to demonstrate social and financial returns for investors who buy shares or make capital contributions.

The fledgling initiative is backed by the Department for International Development and the City of London Corporation, and chaired by Sir Harvey McGrath and Elizabeth Corley.

McGrath said the institute would keep the UK at the forefront of the rapidly-growing impact investment market and “stimulate the next phase” of socially-minded market growth.

The chairs are currently recruiting for a CEO, with the aim of officially launching the institute this autumn.

Trishna Nath, an investment manager for innovation charity Nesta, said that while big name companies are increasingly drawn to investing for positive impact, the practice is relatively new and can be difficult to explain to everyday savers.

But in her view, arts and cultural organisations are uniquely placed to pursue “a balance of charitable and commercial activities” that could attract investors and create a sustainable business model.

Nath said the DCMS initiative appears to be conceived with individual investors in mind, rather than what charities and social enterprises needed.

“They would need to get really clear about what the balance or ratio of financial return versus social return looked like,” she said. “Is it customised per investment fund or by the individual? How do they account for defaults or bad debt rates? Are we looking at long-term impact or short-term impact? How is that measured?”

Nath applauded the impact investing sector for exploring approaches that could increase funding for arts and culture, but said “more exploration is needed to make sure the distribution is equitable and aligned with what the organisations actually need”.

A 2015 report by online investment platform Ethex found 20% of UK citizens already had a ‘positive investment’ and another 31% were interested in making one for the first time.

It said positive investment products are “only reaching a select few” because providers are communicating to elite individuals.

People most likely to choose this type of investment were under 40, and preferred simple investments that bring local rather than international benefits, Ethex’s research found.

But arts and culture ranked low in their priorities: just 7% said they were most interested in investing in that area.

Investors’ feelings around returns were also unclear. Those already making positive investments were willing to accept less but remained confused about what they should expect.

“This would suggest that positive investment providers are not communicating financial return expectations clearly and consistently,” the report said.

A spectrum of investors

Corley, who chairs its management board, said: “Investing for positive impact goes beyond avoiding harm and mitigating risks, and is at the centre of a wider movement towards more responsible investing.”

The institute’s main objectives are creating a sustainable market infrastructure for impact investing, making it easier for individuals to invest, and increasing the effectiveness and amount of capital contributed.