Several new national hubs, including theatre-making studios, a centre for experiential arts and large-scale artwork foundry, could be built along the Thames Estuary. 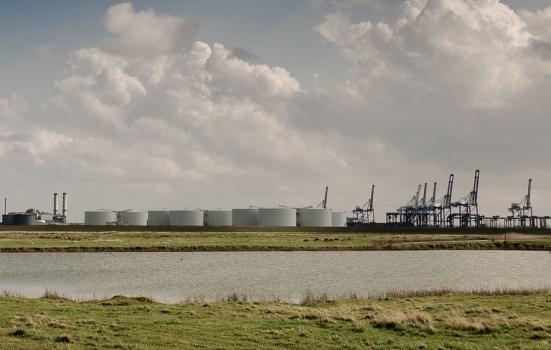 He is calling on the Thames Estuary 2050 Growth Commission to commit to a number of large-scale developments, including national theatre-making studios in Bexley, a facility for manufacturing large-scale artworks in Silvertown, a national centre for experiential arts in Woolwich and London’s largest film studio complex in Dagenham.

“London leads the way across the whole of the creative economy,” the Mayor said. “It’s only right that we build on this success and transform the Thames Estuary into a world-class centre for creative production – leading global innovation, developing the talent of the future and cultivating world-changing ideas.”

The creative industries are the UK’s biggest growth sector and the Mayor is urging Government to put them at the heart of its new industrial strategy, and to capitalise on their value and importance as the UK leaves the European Union.

The plans, which have been drawn up in collaboration with the South East Local Enterprise Partnership, span seven London boroughs as well as the counties of Essex and Kent. They would amount to one of the largest investments in industrial infrastructure since Canary Wharf was built in the 1980s.

The Mayor said the new creative district would require “committed support from central and local government” and “investment in infrastructure that catalyses the market”.

“The creative industries are one of the south east's biggest success stories”, said Christian Brodie, Chairman of South East Local Enterprise Partnership. “As the UK competes on the world stage, we must harness the innovation and entrepreneurial spirit of the creative sector – enabling its growth and extending its global reach.

“To realise the vision we have set out, we must recognise the unique needs of the creative sector in the policies we shape and the investments we make.

“The South East LEP is looking to build upon the connectivity with London, building a unique, self-sustaining, infrastructure to support creative businesses in a way that has not been seen before.”

The plans were welcomed by Sir John Sorrell, Chair and founder of the Creative Industries Federation. “Backing creative districts through wise investment and improvements to infrastructure will be fundamental to securing the productive workforce the UK needs,” he said.

“This scheme offers communities in this area a chance to share in the prosperity the creative sector generates.”

Creative industries to be “at the heart” of new industrial strategy