The new venue will be run by Manchester International Festival, which could see its NPO funding swell from £730k to £9.7m annually. 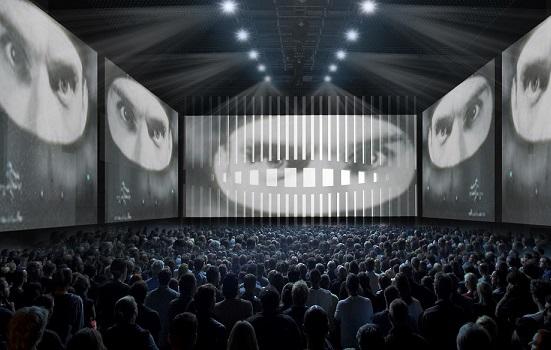 Manchester’s Factory has been given the green light after being granted planning approval by Manchester City Council.

It has also been confirmed that Manchester International Festival (MIF) will operate the £110m venue, whilst continuing to deliver the eponymous festival once every two years.

Factory is to include a two-strand skills, engagement and training programme. The first, Factory Academy, will be a “centre for creative excellence” and train technicians, producers and creatives for roles in the performing arts and events industries across the North. The second, Factory Plant, is to be a year-round programme of participatory commissions, projects, schools activities and digital engagement.

“Factory is what the arts world and Manchester has been waiting for. It's the key to unlocking a wealth of new cultural opportunities in the city for audiences and arts practitioners, and also to massive economic gain for Manchester and the wider region,” said Sir Richard Leese, Leader of Manchester City Council.

“Factory isn't going to just transform this unused corner of the city centre, it's going to further transform the way we see the world, and the way the world sees Manchester.”

The Manchester City Council announcement follows a recent decision by HM Treasury to approve the remainder of the £78m government grant for the venue. Minister of State for Digital & Culture Matt Hancock said this would “blast open access to the very best world-class art and culture we have to offer in this country”.

£9m in annual funding has been ring-fenced by the DCMS to run Factory, and MIF must now take part in the National Portfolio Organisation (NPO) application process to secure this funding. However, at a meeting in December, ACE approved an early drawdown of £750k from the £9m earmarked for 2018/19, to “facilitate the development of MIF”.

If MIF’s NPO application is successful, the Festival’s annual portfolio funding would swell from the £730k it currently receives annually to £9.7m a year. This level of funding would currently make MIF the sixth largest NPO in England – just behind Opera North, on £10.4m annually.

Manchester City Council has approved a £20m contribution to the project and made a £7m grant application to ACE Capital Lottery Fund, on which a decision is expected by summer 2017.

Ball joined Arts Council England for two days a week in September 2015, covering ACE Executive Director of Arts and Culture Simon Mellor during his secondment as Factory’s Project Director. Mellor returned to ACE in Autumn 2016, at which point his role at Factory was taken over by former Chief Operating Officer at the BBC, Jenny Baxter.

Speaking about his new appointment, Ball said: “Factory provides exhilarating new opportunities and is undoubtedly the most exciting and ambitious new cultural space in the country, committed to a pioneering arts programme.

“I am thrilled that I’ll be working alongside John McGrath and the team at Manchester International Festival (who will operate Factory) to help make more unforgettable and exceptional art for Factory’s incredible spaces.”

Factory is scheduled to begin construction in the spring and open in 2019.