Members of the House of Lords blamed the market for squeezing artists out of cities as they championed Creative Enterprise Zones. 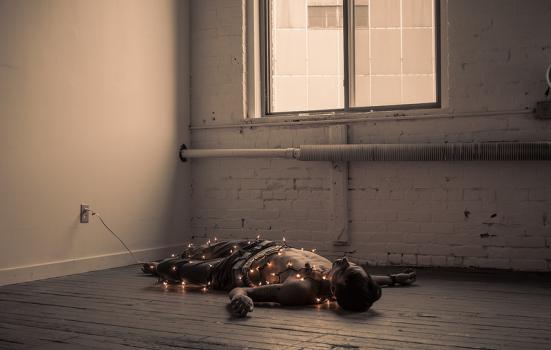 Rising rents that squeeze artists out of cities are “ridiculous” and must be addressed by the introduction of Creative Enterprise Zones, the Liberal Democrat Lords spokesperson for the creative industries has said.

Speaking alongside Baroness Bonham-Carter at a Creative Industries Federation (CIF) election event on Tuesday, Lord Clement-Jones, the Liberal Democrats’ Lords spokesperson for culture, media and sport, called on the sector to “get passionate” about protecting artist spaces across the country.

“All the time we’re fighting the erosion of creative arts in our cities inexorably by the workings of the market,” he said.

“At some point you’ve got to say: this is ridiculous. These are the very institutions that created that market value. Why should they suffer as a result of having done that?”

Lord Clement-Jones added that he was “pretty cynical” about property developers that promise to promote artists.

“They’ll say all sorts of things about how this is going to be part of a great design quarter in Hammersmith, but actually the reality on the ground is they’re going to eject all the artists before they start putting a brick in place in the development,” he added.

Both Lord Clement-Jones and Baroness Bonham-Carter agreed with CIF Chief Executive John Kampfner that cities outside of London often face challenges that are less about property prices, and more about the availability of artistic spaces.

They also highlighted the “skills gap” in the creative industries, a problem affirmed by a recent CIF survey, with Lord Clement-Jones noting that many graduates leave university without the necessary skills to contribute to the sector.

This was traced back to current education policy, with both peers saying changes were needed to “mitigate Brexit in the long term”. Baroness Bonham-Carter said she was a “big supporter” of Lord Baker’s suggestions for a revised English Baccalaureate (EBacc), which would include space for two creative GCSEs, and backed calls for a more direct relationship between businesses and schools.

“Businesses across the sector – not just our sector but in engineering and science – should be going into schools and explaining to kids that if you do this, you could be anyone,” she said.

Cities have a problem, yes. But try living in a rural area like the South West when you're not wealthy. High housing costs, and no opportunities to work either.

Research on NPOs’ environmental impact stresses their willingness to embed sustainability into their operations and artistic work. But...