Leeds plans own ‘Year of Culture’ after European let-down

Leeds City Council said a celebration independent of the European Capital of Culture competition would have certain advantages, such as being free to include sport. 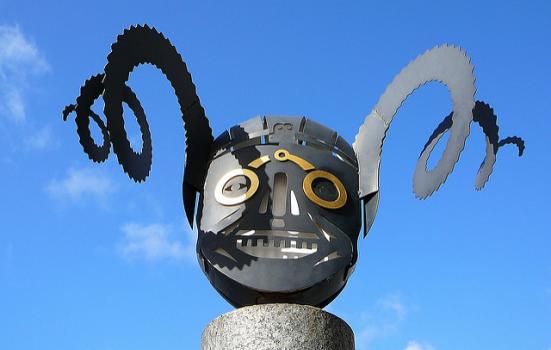 A mask at the Royal Armouries, Leeds
Photo:

Tim Green aka atoach on Visualhunt / CC BY

Leeds is going to host its own ‘Year of Culture’ in defiance of last year’s ruling that UK cities will be excluded from the European Capital of Culture competition in 2023.

Speaking to BBC Radio Leeds, Leeds City Council Leader Judith Blake said the event could take place before 2023, and may have a wider remit, encompassing both culture and sport.

“What we unleashed through putting the bid forward in the first place is everyone working together for the first time right across the whole of Leeds,” she said.

“Obviously with the disappointment we had an enormous reaction – so many people getting in touch and expressing shock and disappointment – and this very quickly turned into, ‘what can we do instead?’

In November 2017, the European Commission wrote to the DCMS to say the UK’s decision to leave the European Union meant it could no longer be involved in the competition. Leeds was one of five cities that had just submitted a bid for the title, the others being Milton Keynes, Belfast, Nottingham and Dundee.

The cities expressed confusion and frustration at a decision they had not been expecting. When the UK competition was cancelled, £800k had been invested in Leeds’ bid, including £145k from the council and over £650k in support from the private sector.

Blake recognised the “phenomenal response” from supporters in the city and stressed money already invested would be used in forthcoming events.

Leeds City Council has now given the green light to an open event to discuss the plans, which will be held at Leeds Town Hall at the end of January.

“We encourage everyone to register who wants to come along – to hear what projects could still be in the pipeline, to really have another discussion about what it will look like, and to look at the other advantages of not being in the European Capital of Culture round,” Blake said.

“We will be allowed to include sport. And as we know, Leeds and sport has an international reputation, so let’s look at how we can weave that element in.

“We’re not bound by anything anymore.”

“We’re very keen to keep working with the other four cities,” Blake said. “There’s the possibility that if the other cities decide to do similar things that we could have some really good events going on together.”