The former Chief Executive of The Place joins as the organisation embarks on a major capital project and seeks to redefine itself as the international centre for contemporary African culture, business and innovation. 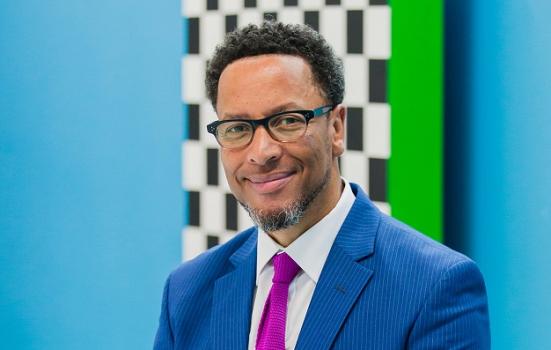 A new Director has been selected for London’s Africa Centre, the cultural space dedicated to the African diaspora in the UK.

Kenneth Olumuyiwa Tharp, who was most recently Chief Executive of London’s leading dance development centre The Place, will take up post at the Southwark venue at the end of May.

Speaking about his new role, Tharp said: “Africa is on the move. Its status on the world stage as a 21st century continent is increasingly important.

“The Africa Centre has a key role to play in making tangible the cultural richness and creative energy emanating from the African continent, and in sharing the vibrancy of its 54 nations and extensive diaspora, with as many people as possible.”

Tharp takes the helm as the organisation embarks on a major capital project and seeks to re-define itself as the international centre for contemporary African culture, business and innovation.

A new performance venue and gallery will be created at the centre, along with a flexible co-working space for creatives and entrepreneurs, a learning and research centre, and a café serving pan-African cuisine.

He added: “The Africa Centre’s new home marks an exciting moment of development that in turn reflects changes happening across the African continent. Research published by the Mo Ibrahim Foundation in 2017 highlighted that: ‘Of the 25 fastest growing economies in the world between 2004 and 2014, ten are African.’”

Prior to leading The Place from 2007 until 2016, Tharp had a prestigious career as a dancer, choreographer, teacher and director, including 13 years performing with London Contemporary Dance Theatre. He has also held trustee positions with New Adventures, the Chineke! Foundation and the Royal Opera House Benevolent Fund.

Kwame Kwei-Armah, who became Artistic Director of the nearby Young Vic earlier this year, commented: “The Africa Centre of old played a formidable role in my life. Shaping thought, exposing ideas and sometimes just simply a place of refuge.

“Under the leadership of the rather incredible Kenneth Olumuyiwa Tharp, the Africa Centre will be that and more to a whole new generation of people who wish to be inspired, lead, and ultimately connected to art and ideas in a 21st century way.”

Read Kenneth Olumuyiwa Tharp writing about his career ‘gurus’ in AP in 2009.