A new report calls on the Government to help develop more creative clusters outside London and the South East, to give the whole population the chance to share in the success of the booming creative industries. 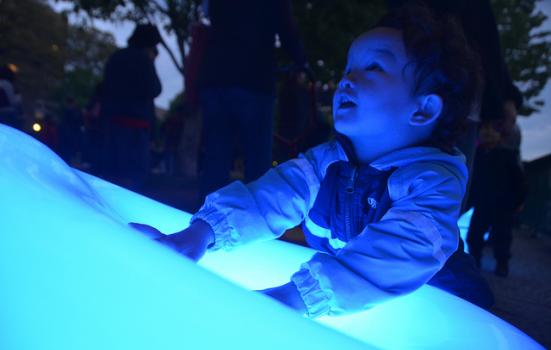 Those working in creative roles are not only happier, they have greater job security as they are less likely to be displaced by computers and robots in the future, according to the latest research by innovation foundation Nesta. ‘The Creative Economy and the Future of Employment’ celebrates the growing number of creative jobs available in the UK and issues a rallying cry to the Government to support this growth, “to capitalise on our creative strengths, and to invest in the wellbeing of the workforce”.

From actors to animators, the number of people employed in creative roles grew four times faster than the workforce as a whole from 1997 to 2013, and is set to grow to 2.8 million by 2030. But, according to Nesta, more needs to be done to ensure this happens and that the whole of the population benefits. It has issued five policy recommendations to keep the Government on track.

Central to its five-point plan is ending the current bias against a multi-disciplinary education. Nesta warns that young people who are strong in sciences are being “perversely discouraged from considering the arts as a valuable component of their education”, despite this being what “creative businesses are crying out for”. It is calling on the Government to encourage The Russell Group of universities to include the arts in the list of subjects they advise students to choose. It also suggests that research councils boost the technological capabilities of art schools by setting up centres of excellence following the Economic and Social Research Council’s model.

The creative economy is unevenly distributed around the UK, with 43% of creative jobs based in London and the South-East of England. To ensure the whole population has the chance to work in creative roles, Nesta is calling for the Government, along with local enterprise partnerships, local authorities, universities and cultural funders, to establish a £100m strategic fund to develop creative clusters outside the capital.

Nesta also suggests that funders, such as Arts Council England, Creative Scotland and the British Film Institute (BFI) devote at least 1% of their budgets to research & development in their sectors, and that larger funders commit £10m between them every year to piloting innovative financing schemes such as venture funding and accelerators. Nesta estimates this alone could attract up to £72m in additional funding for the arts.

Other recommendations include setting up a National Lottery distributor for the video games industry, following the model of the BFI, and establishing in a £100m “Ultrafast Digital Infrastructure Demonstrator fund” to investigate ways of reducing the cost of installing ultrafast broadband services.

Friday, 24 January 2020
A buddy system could help neurodiverse employees integrate into the workplace, a leading music company says. Universal Music UK has published a guide to embracing neurodiversity in the creative... read more

Friday, 24 January 2020
The Scottish Drama Training Network (SDTN) will "formally integrate" into the Royal Conservatoire of Scotland's portfolio. A statement jointly released by the educators says the absorption of the... read more