AHRC research has found that universities can help improve productivity in the creative economy by enabling knowledge exchange with creative organisations. 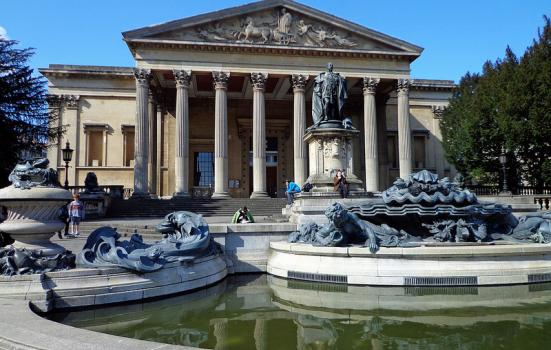 ‘Creative hub’ partnerships involving academic institutions and the creative sector can serve as a challenge to the ‘business as usual thinking’ in creative enterprises, according to a new report examining the outcomes of a four-year project to develop new models, methods and approaches to creative collaboration.

The report details the successes and learning that have emerged from the REACT programme, a ‘Knowledge Exchange Hub for the Creative Economy’ established through an AHRC-funded collaboration between UWE Bristol, Watershed, and the Universities of Bath, Bristol, Cardiff and Exeter.

The programme supported projects in a range of creative markets and conducted research into what it meant for universities, researchers and creatives to co-produce work.

With a £2.5m fund, the hub supported 53 collaborative projects featuring 57 creative companies and 73 academics from the arts and humanities, which resulted in 86 new products, 76 new pieces of software and 10 new companies, which stimulated over £5.35m in further investment from private investment, sales and commissions. 43 jobs were created through the scheme.

The report concluded that Universities can play a pivotal role in the growth of multidisciplinary hubs which enhance innovation and productivity in the creative economy, but focusing on values, such as generosity and diversity, instead of output, is key to successful partnerships.

The report advises that investments should focus on long-term relationships instead of short-term ‘acceleration’ models, and recommends that they include second-stage business and enterprise development to help projects move beyond experimental prototypes.

Professor Jon Dovey, Director of REACT, said: “One of the main reasons REACT succeeded was that it had true collaboration between creative and university sectors at its core. The other key factor in making the project a success was developing an approach to innovation based on values not outputs. Understanding the real values that underpin creative work allowed us to build a really powerful network driven by peer-to-peer learning.”

David Docherty, CEO, National Centre for Universities and Business, added: “The REACT Report is fascinating. It shows the role universities can play in developing this increasingly important sector of the UK economy. The report also demonstrates the importance of culture change in getting Universities and creative businesses working together to drive innovation.”