Grant-giving will be disrupted for the next year, as the funder considers introducing loans and corporate funding objectives from 2019. 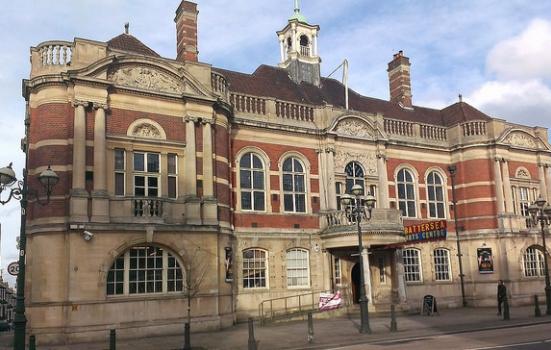 CAMRAswl on Visualhunt / CC BY

The manner in which Heritage Lottery funding is distributed to arts organisations seeking to develop or maintain their buildings could change as the funder begins a public consultation on its priorities for 2019-2024.

The Heritage Lottery Fund (HLF) is seeking opinions on simplifying its grant programmes, introducing non-grant finance initiatives such as loans, and democratising its grant-making decision process.

In addition, HLF has announced a series of funding changes for the 2018/19 financial year – including a tightened budget – which could affect organisations seeking heritage funding.

Explaining the need for change, an HLF spokesperson said: “The operating environment for UK heritage remains uncertain and volatile. With reduced public funding available, competition for HLF grants has grown.

“This coincides with a recent decline in National Lottery income, from historic high points in 2015 and 2016.”

They continued: “Our next Strategic Funding Framework will enable us to respond flexibly to changes in our income.”

The consultation, which is running until March, follows discussion with National Lottery players last year and focuses on HLF’s proposed role for the future.

The funder sets out its desire to shift from being the “largest dedicated grant-funder” of the UK’s heritage to “the largest dedicated investor”. It is considering deploying its National Lottery income as grants, loans or other financial interventions, so it can “respond best to strategic needs and create most long-term value for society”.

To this end, the consultation asks respondents for their opinion on the introduction of ‘corporate’ objectives into funding outcomes, and whether projects “could be funded through loans or a blend of loans and grants, depending on the end use of the building or site”.

Similarly, HLF pledges to pilot an ‘impact fund’, much like one used by Nesta to distribute repayable finance.

Other questions ask about reducing the number of separate grant programmes offered; changing the open grant programme to permit one-stage applications for projects of up to £250k; and the introduction of one-off strategic funding drives to address a “specific strategic need or opportunity”.

The consultation follows in the wake of the DCMS’s Tailored Review of HLF’s performance, and the Mendoza Review of museums, which both recommended simplifying grant-giving processes and increasing operating efficiency.

In response, HLF has announced that 2018/19 will be a transitional year, with some changes to grant-making which will “help us rebase ourselves to ensure that income, commitments and resources are aligned”.

‘Major grants’ of over £5m will be funded in 2018, with decisions on applications already submitted to be announced in April. But there will be no new major grants made in 2019.

Similarly, for the final quarter of the 2018/19 financial year, HLF will only be making round two awards and round one grants of up to £100k. HLF will also increase the proportion of its budget going to smaller grants, which are awarded by local teams and committees, but cap this at £1m instead of the current £2m.

“With continued strong demand for our funding, we will be looking for best quality and applicants should expect competition for grants at every stage of the grant application process,” the spokesperson continued.

“We will also take steps to manage competition and to keep to a minimum the work applicants need to do before knowing whether their application has a realistic prospect of success.”