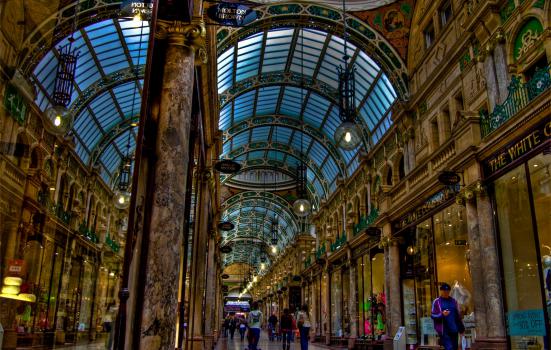 Blatant breaches of funding rules, panel members with vested interests and disproportionate interaction between Arts Council England (ACE) and the successful bidder were responsible for a consortium of major Leeds arts institutions scooping a £0.5m grant for an ‘Artists Taking the Lead’(ATTL) project in Yorkshire, according to a member of the public who is challenging ACE to defend its decision-making. Leeds resident Carol Lee, who designs and makes costumes for local artists and dancers, started investigating the circumstances of the ATTL grant-making when she became aware of some Yorkshire artists’ outrage at the selection process for the commission. She is calling for a full investigation, insisting that disciplinary action should be taken against those responsible for the selection, and for compensation to be given to those unsuccessful artists who wasted time preparing bids for what she believes was a pre-determined outcome.

133 artists applied in 2009 to deliver Yorkshire’s ATTL project to celebrate London 2012. ACE’s guidelines stated that projects had to be artist-led and that local authorities and higher education institutions were ineligible. But the winning Yorkshire bid was led by Leeds Canvas, a consortium of the city’s major arts providers that included Leeds Metropolitan University Gallery and Studio Theatre, Leeds City Council and Council-owned Leeds Art Gallery, as well as Opera North, Northern Ballet Theatre, West Yorkshire Playhouse, Yorkshire Dance, Phoenix Dance Theatre and Situation Leeds. Whereas the other projects shortlisted were proposed by the artists who would lead them, the initial Leeds Canvas proposal was put forward by Yorkshire Dance Chief Executive Wieke Eringa and included neither the name of the artists who would deliver their project nor the detail of the artistic concept. Despite this, the bid was one of only five shortlisted to go through to the second stage of ACE’s selection process. Only at this final stage were the American artist-filmmaker duo the Quay Brothers – who had been commissioned to create an installation for Leeds Art Gallery on behalf of Opera North two years earlier – introduced to the bid, having accepted an invitation by Leeds Canvas to be the project’s artistic directors.

Lee believes that ACE’s decision to shortlist and ultimately support the Leeds Canvas bid stemmed from an inappropriate level of involvement by ACE and a complex web of interrelated vested interests on its selection panel. Among the independent panel of artists appointed by ACE to judge the shortlisted submissions was Yorkshire’s Cultural Olympiad creative programmer Tessa Gordziejko, who was also a member of a task group set up by the City Council to advise on all its London 2012 arts events. Several members of the selection panel had trading and governance relationships with the winning consortium. Panelist Nicola Stephenson was a director of The Culture Company, which listed four of the nine consortium members on its client list and had been appointed by Opera North to arrange the earlier Quay Brothers commission in Leeds. Also on the board at the Culture Company were Christopher Bailey of Leeds Met University, who was a director of Northern Ballet Theatre, and Timandra Gustafson of Situation Leeds. Both were also members of the Cultural Olympiad task group, but this relationship was not mentioned in the declarations of interest made by Stephenson to ACE prior to her appointment to the panel.

ACE has thus far dismissed Lee’s call for a full investigation. In her live web chat in June 2012 – part of ACE’s “on-going drive to become a more open, transparent and accountable public body” – Dame Liz Forgan told Lee: “if you have evidence of anything untoward of course I will consider it, involving an independent body if appropriate”. But when Lee presented her evidence to ACE an executive replied that it was “unsurprising that the panel had a range of existing relationships with potential applicants to the scheme, it would have been impossible to appoint regional arts experts that did not have these relationships”.

Lee told AP: “Leeds City Council’s hijacking of the award, the inappropriate associations judges had with Leeds Canvas, ACE’s denial that anyone acted inappropriately – the evidence speaks for itself.  ‘Artists taking the Lead’ was a once-in-a-lifetime opportunity for local artists to shine, and they did, everywhere except Yorkshire.” Her views reflect those of bloggers and others who wish to remain anonymous because of fears that speaking out would disadvantage them in future bids for ACE funding. One said: “How was it possible for individual local artists to have a fair chance when competing for this award, when they were up against a heavyweight City Council working hand in glove with the major established cultural organisations?”