New scientific research reveals that ventilation is key to reducing airborne transmission of Covid-19. Some performance venues already have adequate systems in place. 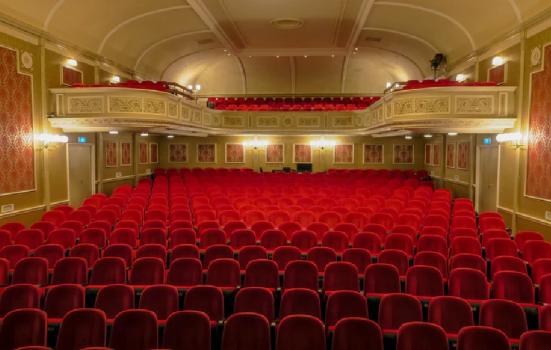 Good ventilation could reopen theatres, but balconies and confined spaces may be less safe

Ventilation is more effective at protecting against airborne transmission of the Covid-19 virus than social distancing or PPE – and “many performance venues have the capability to provide good levels of ventilation,” according to Government advisers.

Research and analysis from SAGE, the Government’s scientific advisory group for emergencies, found that ventilation is a “primary mitigation for reducing the risk of transmission of Covid-19 by aerosols”, while non-ventilation measures can be ‘considered’.

Social distancing is recognised as further reducing the risk of transmission, primarily because it will “assist with provision of greater ventilation rates per person”.

These findings offer hope that theatres with effective ventilation systems could reopen safely with a higher audience capacity – one that is much bigger and more financially viable than what’s permitted under current social distancing guidelines.

But DCMS is remaining silent on the issue. Despite the strength of evidence showing the significance of ventilation for audience safety – and therefore theatre reopening – there has been no change to Government guidelines for performance venues.

ArtsProfessional asked DCMS whether it would update its guidance in light of the SAGE report to either relax requirements around social distancing or include specifications for ventilation and air monitoring procedures.

A spokesperson refused to answer AP’s questions, saying only that “we will be continuing to work with the sector on revising the guidance on an ongoing basis”.

The research was prepared by the Environmental and Modelling Group (EMG) that reports to SAGE, the advisory group steering Government decision-making on the pandemic. The report was considered by the SAGE meeting on 16th July, but only published by the Government two weeks later on 31st July – the same day as an 11th hour decision to delay the reopening of socially-distanced indoor events.

The Government has since indicated that the earliest date for reopening without social distancing would be November.

The EMG recommendations chime with the very latest academic research which finds that ‘engineering controls’ to reduce the risk of airborne transmission of the virus are more effective than both ‘administrative controls’  that instruct people how to behave, and Personal Protective Equipment (PPE).

An international team of researchers concluded that while physical distance is required to avoid transmission of the virus, it is the rate and efficiency of ventilation that determines the concentration of exhaled virus microdroplets. This in turn determines acceptable occupancy numbers in a confined space.

Aerosol particles are smaller than five microns – the size of the tiniest grain of dust – and can’t be seen with the naked eye. They float on air currents and can potentially remain in the air indefinitely in unventilated spaces.

To ensure ventilation systems are not overstretched, the SAGE report recommends that “performance venues should take steps to reduce overcrowding including restricting numbers of people in foyer and bar/café areas”.

But there is no suggestion that auditorium numbers should be significantly limited if suitable ventilation is in place because modern ventilation systems are designed to cope with aerosols at maximum occupancy.

Specific areas within venues where ventilation is likely to be lowest may need other solutions to reduce the risk of coronavirus transmission. These include the upper levels in buildings, such as balconies and lighting gantries, where stale air is most likely to accumulate. Backstage areas are also potential pressure points if the number of performers is greater than the space was designed for, as well as smaller orchestra pits where there is no dedicated supply of air.

The report recommends that venues should consider not using balconies and require those working in lighting gantries to wear “appropriate face masks” to protect themselves.

However most public spaces in venues, including the auditorium, are usually well ventilated.

SAGE’s report said that limiting occupancy levels in line with social distancing measures is worth “considering” [their emphasis].

But it is listed among a raft of general risk reduction measures and given no greater priority than ventilation-related tactics, such as a full maintenance review of ventilation equipment prior to re-opening a building and ‘air flushing’ of the auditorium during intervals.

The use of face coverings for audiences when physical distancing is difficult is thought to be potentially valuable, and could be considered even in the auditorium, “depending on the distancing between individuals [and] household groups”.

The SAGE report emphasises that a major challenge for some organisations will be knowing for certain whether their systems are providing acceptable levels of ventilation.

There is less risk that ventilation will fall short of safe standards where it can be measured accurately – this could explain why aeroplanes are considered less of a risk than performance venues.

Theatres, concert halls and other performance spaces that have been built or refurbished in the last 10 years are likely to comply with current building regulations which require ventilation systems designed to cope with maximum occupancy.

Knowing how well their ventilation works will be more difficult for smaller and older venues that use natural ventilation such as opening doors and windows.

The report says this challenge could be overcome if venues install nondispersive infrared CO2 sensors and regularly check that safe levels are maintained, recommending that theatre operators check that levels “do not exceed 1000ppm (parts per million) for extended periods.”

But there would be significant cost implications for bringing all performance venues up to the standards that would be required for reopening. A spokesperson from The Theatres Trust told AP: “We don't think it is necessarily about the age of a theatre, but more about the kit they have, which would be very expensive to replace if that was necessary. When we know more we will offer advice to theatres, but [we] don't know enough right now.”

The Government’s guidelines for performance venues have not been updated since they were published on July 9. They make only fleeting reference to ventilation as a Covid risk mitigation measure, concentrating instead on social distancing measures front of house and backstage.

The Association of British Theatre Technicians (ABTT) recommends following general standards published by the Health and Safety Executive, while the Chartered Institution of Building Services Engineers (CIBSE) is offering up-to-date advice on ventilation strategies for minimising risk from aerosols.

However, there has been no specific guidance on ventilation for performance venues thus far.

Alan Latham, a Director of mechanical and electrical engineering company EP Consulting, explained: “The general principle is to increase the amount of fresh air as much as possible … there does not appear to be any specific information relating to ventilation in the Government Guidance to Performing Arts.”

“Until there is, each event [or] venue would need a risk assessment carried out to ensure that it could operate safely prior to use.”

AP spoke to several representative bodies and managers from a wide range of venues around the UK. All were aware that ventilation was part of a mix of coronavirus mitigation measures but none had been given any official advice about it or were aware of the new research suggesting its importance in keeping audiences and performers safe.

Music Venues Trust has been part of a group that worked with the Institute of Occupational Medicine on a report examining ventilation.

CEO Mark Davyd explained: “If we start from the basic position that events outside are safe and events inside are not, as is the current government position, then the issue of ventilation and the impact of air changes and filtration of air becomes a key factor in assessing risk.”

“How many air changes, how frequently, what filtration, would therefore seem to be the questions that need answering.”

Phill Brown, Head of Risk and Safety at UK Theatres, said they had “more questions than answers” at present and there had been no definitive guidance from DCMS on ventilation.

UK Theatres will be part of two new working parties being set up by DCMS, which will be starting work next week to explore ways for reaching Stage 5 of its roadmap to reopening.

One of the groups will focus on live indoor performance and the other on outdoor settings.

Government disclaimer on SAGE reports: The paper was the best assessment of the evidence at the time of writing. The picture is developing rapidly and, as new evidence or data emerges, SAGE updates its advice accordingly.Therefore, some of the information in this paper may have been superseded and the author’s opinion or conclusion may since have developed. These documents are released as pre-print publications that have provided the government with rapid evidence during an emergency. These documents have not been peer-reviewed and there is no restriction on authors submitting and publishing this evidence in peer-reviewed journals.

Slave trade statues to be removed from City of London

Tuesday, 26 January 2021
Statues of two prominent figures with links to the transatlantic slave trade will be removed from the City of London's historic Guildhall headquarters. The decision to remove the statues of William... read more

Monday, 25 January 2021
A new All-Party Parliamentary Group for Performing Arts Education and Training is due to start work in March. The Group aims to support MPs in discussions relating to training, education, assessment... read more

Monday, 25 January 2021
Six in ten museums in the UK were worried about their survival at the end of 2021 – a figure that is likely to significantly increase, according to the latest research from Art Fund. Some are already... read more