The House of Lords EU Committee says that multi-country, multi-entry visas allowing cultural workers to make short term visits between the UK and the EU would support touring when freedom of movement ends after Brexit. 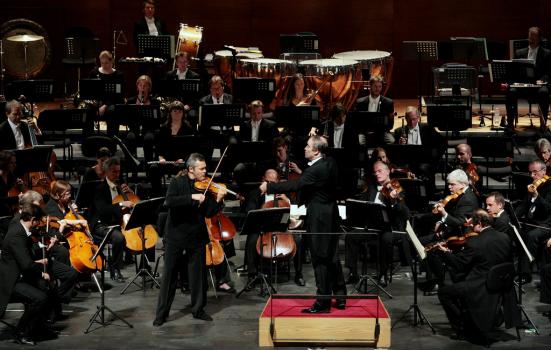 The London Symphony Orchestra, which regularly performs in Europe
Photo:

Visas that allow cultural workers to make multiple short-term visits between the UK and the European Union (EU) have been recommended in a House of Lords committee report as a way of supporting existing practices in the cultural sector after Brexit.

The report, published last week, examines the impact that changes to freedom of movement after Brexit would have on the sector, and argues that more clarity is needed from the Government on this issue.

It says that the Government should “seek a commitment for an EU-wide multi-country, multi-entry short-term ‘touring visa’ for UK citizens, and offer a reciprocal commitment for EU citizens.”

The visas would enable self-employed people in the cultural sector to travel for short-term visits between the UK and the EU to tour and work on short-term contracts.

In evidence sessions with senior figures, the committee was told that “short-term touring was essential to the business model of many self-employed artists, and that EU27 countries were their principal destinations”.

Horace Trubridge, General Secretary of the Musician’s Union, said that musicians who travel to work abroad often move between EU member states on a regular basis.

“If we had a situation where they were having to get visas for each of those separate gigs and, even worse, having to get their equipment through borders with carnets, as we had in the old days, it would basically make a lot of that impossible to schedule,” said Trubridge.

Allowing EU cultural workers to make short-term visits to the UK will also be crucial if current ways of working are to continue. Mark Pemberton, Director of the Association of British Orchestras, told the committee that some freelance orchestral musicians who work regularly for a UK orchestra, but live in the EU27, would go “in and out [of the UK] to do 50 concerts a year”.

Trubridge told the committee that “a Europe-wide visa for cultural and creative workers” would be “the best solution”.

The Creative Industries Federation and the British Film Institute also support the idea of a visa system that permits short-term visits to multiple EU countries. The BFI said that restrictions on free movement for freelance professionals could lead to a “significant” loss of inward investment for British film and television.

Andrew Hurst, Chief Executive of One Dance UK, suggested that the arrangement could be “a quick, easy and either no-cost or low-cost, long-duration, multiple-entry arrangement for creative and cultural workers.”

The report also recommends that the Government should explore whether it could extend certain existing arrangements for non-EU workers to EU citizens after Brexit.

These are permitted paid engagement visas, that allow professionals to stay in the UK for up to one month, and the permit-free festival scheme, that allows artists, entertainers or musicians to perform at certain UK festivals without a work permit.

The committee also supports the Government’s aim, set out in its recent white paper on Brexit, that “workers [will] only pay social security contributions in one state at a time”.

The report says that to encourage the EU to reciprocate, the Government should “guarantee that EU citizens travelling on short-term contracts to the UK after the transition period will not pay into its social security system”.

The report stressed the importance of reciprocity in negotiating future arrangements with the EU, saying: “agreement on reciprocal principles would, we believe, be the best foundation for a workable future migration compact”.

The recommendations come as new research from the Incorporated Society of Musicians (ISM) finds that four in ten musicians are already noticing an impact on their work from Brexit.

Of the respondents to an ISM survey who expressed an opinion, 40% said that they had identified an impact. This figure has more than doubled from its level of 19% in 2016.

One musician said: “During my extensive performing career I have always had 6-10 concert bookings annually in Germany and am now well known in that country with a large fan base. This year I only have one concert in Germany”.

Another said: “Some EU clients are reluctant to commit to bookings until there is clarity into my status.”

Over a quarter (27%) said that more than half their income was from EU countries.

The ISM received over 1,600 responses from performers, composers, singers, songwriters, directors and academics across a broad range of genres.