EU on course to double culture budget from 2021

The proposed €1.4bn increase in funding, which will be debated again next month, would be funded by an increase in member state contributions. 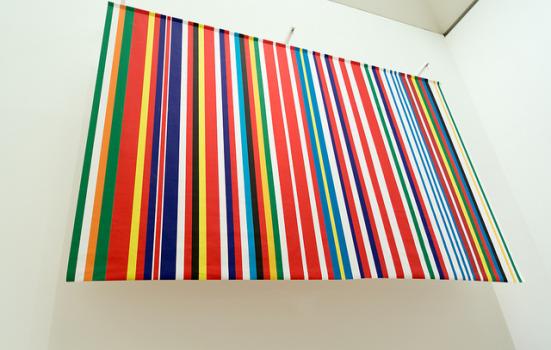 Yoshikazu TAKADA on VisualHunt.com / CC BY

European politicians have added an extra billion Euros to the EU’s proposed culture budget for its next funding round, meaning that the current allocation would double from 2021.

At a plenary meeting in Strasbourg last week, members of the European Parliament agreed to the €400m increase already put forward by the European Commission earlier this year, and recommended this further significant expansion.

The new position would take funding for the Creative Europe programme from the €1.4bn currently available to €2.8bn for the years 2021-27.

The European parliamentary committee on culture and education wrote that spending had to be scaled up to address “chronic underfunding” for creative projects in the current funding round and to ensure the cultural and creative industries become a “cross-cutting priority” of EU programmes.

The parliament’s budgetary proposal will be debated by ministers from each of the EU member states at the European Council on the 13th and 14th of December.

Europe wants the budget increases to be funded through an increase in EU member state contributions – up from the 1.16% of gross national income currently paid to 1.3%.

In a blog, campaign group Culture Action Europe (CAE) recognised the challenge of achieving this, given that the proposed budget had already been moderated in response to reluctance from member states to pay more.

The group has prepared a series of template letters in multiple languages supporting the plans, and is urging EU citizens and cultural professionals to send them to their finance, foreign affairs and culture ministers.

CAE also urges Europe to secure funding for culture in other programmes, such as the Regional Development and Cohesion fund and the European Social Fund, which have been used to support artistic activities and capital projects.

“Whether through this letter, through social media, through actions of your members or through connections with national government ministries, the much-needed joint effort is necessary now to secure a fair level of funding for the future of culture in Europe,” the blog continues.

Whether the UK will have access to this funding depends on its future relationship with the EU – currently the subject of urgent negotiations. In its Brexit White Paper, the Government said “the UK is open to exploring…continued involvement in Creative Europe to support the cultural, creative and audiovisual sectors.”

In response to the withdrawal agreement recently produced by the UK Government, Alan Bishop, Chief Executive of the Creative Industries Federation, said: “We urgently need more clarity on the final relationship. Given that the creative industries contribute £92bn GVA to the UK’s economy and are the nation’s fastest growing sector, it is vital that this crucial sector remains central to ongoing negotiations.”