UK cities excel on openness, tolerance and trust, but none make the top five for employment in culture, arts and entertainment, according to research by the European Commission. 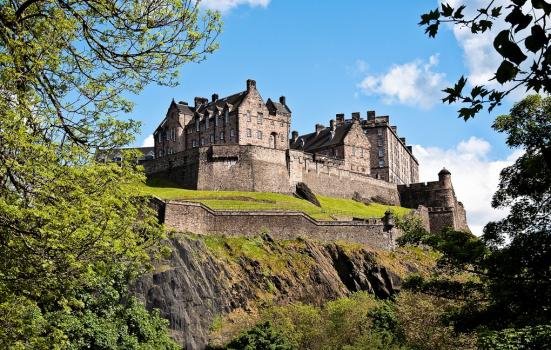 Edinburgh is the top ‘Cultural and Creative City’ of its size in Europe, according to a landmark study of cultural activity in 30 European countries by the European Commission Joint Research Centre.

Selected cities in 28 European Union (EU) countries plus Norway and Switzerland have been ranked in a new report and online tool called the Cultural and Creative Cities Monitor. It uses a combination of quantitative and qualitative studies to give a comparative assessment of the cities’ levels of engagement with culture and creativity.

Edinburgh is ranked first among cities of 250,000 to 500,000 inhabitants, based on a range of indicators related to:

Of the 168 cities included in the research, the Scottish capital took fifth position on ‘cultural vibrancy’, eighth on ‘creative economy’ and third on ‘enabling environment’.

Paris took first place among cities with more than a million inhabitants. Copenhagen was top among cities of between 500,000 and 1 million residents, and Eindhoven in the Netherlands among small and medium-sized cities of 50,000 to 250,000 inhabitants.

The cities studied were selected on the basis of their “demonstrable engagement in the promotion of culture and creativity”. Being included in the Cultural and Creative Cities Monitor is described as “in itself an acknowledgement of these cities’ efforts in this domain”. The list included those designated UNESCO creative cities and European Capitals of Culture.

The 11 UK cities included were Glasgow, Edinburgh and Dundee in Scotland; Birmingham, Bradford, Liverpool, London, Manchester, Norwich, Nottingham and York in England; but none in Wales or Northern Ireland.

London ranked seventh among the 21 cities in its population group.

Although none of the other UK cities excelled overall, they tended to score highly on the indicators pointing to ‘Enabling environment’. London, Birmingham, Manchester, Glasgow and Edinburgh were all top performers on “openness, tolerance and trust”, and all 11 UK cities were ranked in the top five for integration of foreigners.

No UK cities made the top five for employment in culture, arts and entertainment, or creative and knowledge-based jobs.

The ‘Cultural and Creative Cities Monitor’ 2017 report and associated online tool are described as “a first attempt towards better measurement and understanding of how cultural and creative cities of diverse demographic and economic characteristics behave and perform across Europe”.

Due to be updated every two years, it aims to addresses data gaps around cultural engagement and provide a “reliable and ‘ready-to-use’ database” based on a series of indicators that enable cities to see how well they are performing relative to their peers of a similar size.

The information generated will contribute to three EU initiatives: the strategy for ‘Promoting cultural and creative sectors for growth and jobs’, the
development of ‘Smart Specialisation Strategies’ embracing culture-led innovation, and the ‘Urban Agenda for the EU’.

Although based on “the most relevant and comparable data available at city level,” its limitations are acknowledged. The report notes: “The Cultural and Creative Cities Monitor is not intended to be the definitive yardstick of city performance on culture and creativity.”

It is, however, expected to be used among EU member states for benchmarking to support evidence-based policy making, promotion of good practice and knowledge exchange between cities.

The next edition of the Cultural and Creative Cities Monitor will be published in 2019, and ultimately it aims to be a dynamic tool that will give stakeholders a snapshot of their cities at a particular moment, as well as track progress over time. It is expected to evolve “as long as more and better data become available”.

The report notes: “The cooperation of cities themselves will be crucial to identify the right sources for this type of data.”