All eleven advisors of the London drama school have quit in protest at Central St Martins' decision to halt admissions for two well-regarded courses, claiming there is a “sense of hostility” from administrators. 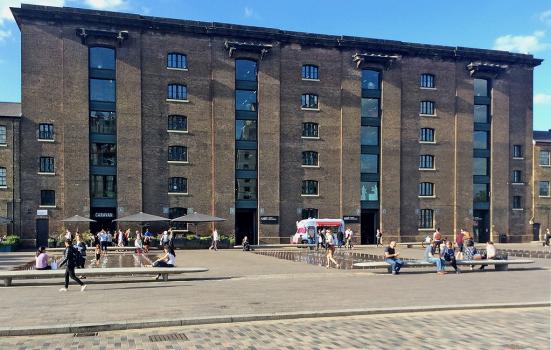 The entire advisory council of the drama school at London’s Central St Martins (CSM) College has resigned, fearful that administrators plan to reduce the quality of provision for two successful courses.

CSM, a constituent college of the University of the Arts London, has suspended admissions for two programmes at its Drama Centre – the Bachelor of Arts in Acting and Master of Arts in Directing – for two years while it undertakes a review of their teaching, assessment practices, accessibility and culture.

The advisory council, which includes actor Helen McCrory and director Nikolai Foster, believes CSM has stopped recruiting for the courses so it can cut down on tuition time before more students are admitted: “This [review] process has been going on at other conservatoire-style acting courses. In none of those places is it considered necessary to suspend recruitment for one or two years,” the council Chair Chris Honer told ArtsProfessional.

“The only reason to do that is if you want to make radical changes. You don’t want to do that alongside another cohort who have had a much richer experience.”

UAL has told the council its fears are unfounded and based on misleading outside information. But Honer said the council resigned “based on what we have learned in meetings with staff at Central Saint Martins and statements that the college itself has made to us” over recent years.

Honer says the suspension made the council “very suspicious” of the college’s motives because of recurring suggestions the school takes up too much resource.

Former students and tutors at the Drama Centre recently raised concerns that its management risks dismantling the school’s identity, alleging that course hours had already been cut. UAL reduced the space available for the courses in question three years ago, saying that the “current model of actor training is not without its issues and needs reconsidering in the context of contemporary teaching, values and acting practice”.

Honer said there is “a sense of hostility in Central Saint Martins to the values of the Drama Centre”. He added that the courses involve up to 30 hours of tuition time per week.

“If you’re going to train actors, in the same way that you’re going to train musicians or ballet dancers, they do need that. I think there is a feeling that Drama Centre students are overprivileged.”
Honer said that the courses as they stand are “highly successful”, with more than 1000 applicants a year, a 100% student satisfaction rate, and good outcomes for graduates.

A UAL spokesperson did not respond to the council’s claims of CSM’s hostility towards the current Drama Centre courses, but said admissions were suspended because of the “complexity and intensity of delivery on these courses and the need to find time and space to properly review the performance programme”.

While UAL describes the review as routine, the spokesperson confirmed that course admissions are normally suspended for routine reviews.

They added: “The university has been clear that the review of the performance programme is about culture and practice as well as the wellbeing of staff and students.

“Our review of actor training at Central Saint Martins is an open-ended process. We are engaged with external experts and distinguished alumni in framing the course ethos and conservatoire model within the contemporary context, including culture, practice, tradition and resources.

“The Drama Centre advisory council acknowledged the need for vocational courses to ‘respond to the changing world.’ This is one of the aims of the review, as is expanding our provision to reach new audiences.”