Currently Global Director for Cultural Skills at the British Council, Simon Dancey will take up the new role in July. 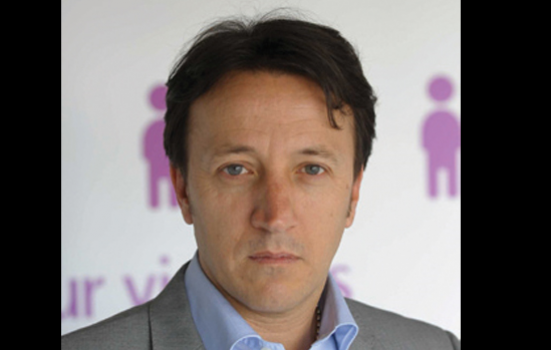 Simon Dancey has been appointed as the new Chief Executive Officer at Creative and Cultural Skills (CC Skills) as the organisation becomes one of Arts Council England’s new Sector Support Organisations funded through the national portfolio.

He will take the lead at the Sector Skills Council, which promotes careers across the creative industries, from July.

The appointment heralds Dancey’s return to CC Skills, where he spent four years as Nations and International Director from 2008 to 2012. He is also a visiting Research Fellow at the University of Leeds and a member of the Harvard University Cultural Policy Research Unit.

Paul Latham, Chair of CC Skills, praised Dancey’s “extensive experience” of working in cultural skills policy and practice and his experience of the creative industries around the world.

“He brings exactly the mix of knowledge and skills the company needs,” he added.

Dancey takes over from Pauline Tambling, who spent ten years with the organisation and retires this month.

Speaking to AP following the announcement of her departure, Tambling argued for arts education to be made more job-focused and widened to engage with all children in England’s schools.

“The arts could become invisible everywhere except arts organisations if they don’t make themselves more relevant and more job-focused in schools,” she said. “We need the whole arts sector to engage with education.

“If we stay in the bubble surrounding the arts, we get marginalised.”

Karen Newman, Finance Director of Creative & Cultural Skills, will be the Interim Chief Executive at CC Skills from April to July.

Research into gender pay gaps and the representation of Britain's female artists show some measures of equality are moving backwards,...

A new, tougher system of local restrictions will allow theatres and other venues to reopen in theory. But the sector remains on a knife...

Monday, 23 November 2020
Plans for the former home of French poets Arthur Rimbaud and Paul Verlaine to be turned into an arts and education centre have ground to a halt after Michael Corby, the benefactor who promised to... read more
(The Observer)