If arts organisations continue to decrease emissions at the current rate, they will be 46% lower in 2019/20 than in 2012/13, a report by Julie’s Bicycle has found. 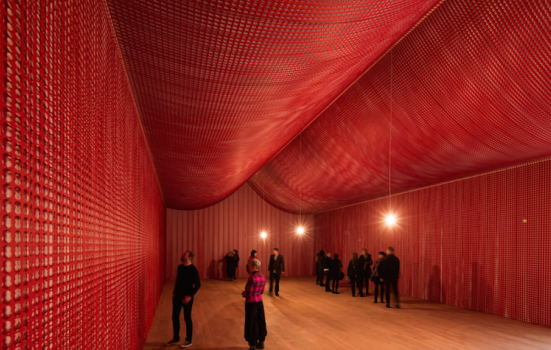 10,578 fewer tonnes of carbon dioxide equivalent gases have been released – a fall of 10% – despite a growth in the number of NPOs surveyed, an increase in cultural activity, and a broadening of the range of environmental impacts being reported.

“This report demonstrates the ongoing success of light-touch policy to prompt environmental understanding and meaningful actions that reinforce national and international climate targets,” the report says.

Alongside a fall in the overall emissions output, and a fall in the amount of electricity and gas used, there has been a 210% growth in the generation of on-site renewable energy since the project started in 2012/13.

98% of England’s NPOs are now engaged with Julie’s Bicycle’s programme. The report found that 37% of these had produced, programmed or curated work on environmental themes, with a further 28% planning or exploring possibilities to do so.

It highlights a rise in the number of arts organisations taking an ethical stance on fossil fuel fundraising – demonstrated by recent rejections of oil sponsorship – and concludes the emphasis on environmental sustainability has led to increased knowledge-sharing between cultural organisations internationally.

For arts organisations, it recommends establishing more in-depth monitoring and measurement schemes, communicating environmental achievements more widely, and prioritising both an ‘absolute reduction’ in energy use and a shift to clean energy.

Commenting on the findings, Alison Tickell, CEO of Julie’s Bicycle, said: “As the first national council in the world to introduce environmental reporting for its regularly funded organisations, the Arts Council has been a major driver for unlocking the sector’s contribution to environmental responsibility. This report demonstrates the response taking place, and the sector’s potential to engage the public, design solutions and initiate a shift in cultural values to support a more sustainable future.”

Darren Henley, Chief Executive of ACE, added: “Our collaboration with Julie’s Bicycle is introducing us all to new ways of working. Our funding supports not only the mechanics of compliance – the environmental reporting tools, help and support but also thought-leadership. We all believe that art and culture can make the world a better place; this programme shows how our actions can make a real difference.”