Wiltshire Council has been slammed as “grossly unfair” in its handling of arts funding cuts to Salisbury Arts Centre. 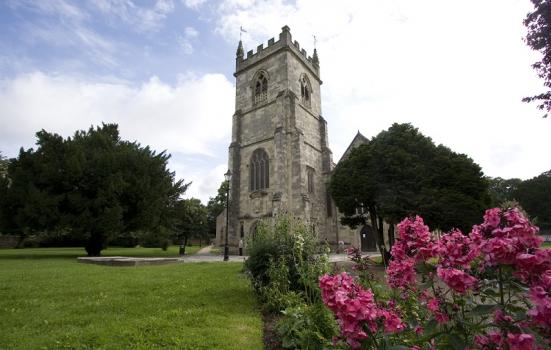 The centre, which is now closed to the public on Sundays
Photo:

Three full-time roles have been lost, outreach activities have been suspended, and Salisbury Arts Centre (SAC) is now shut on Sundays after it was forced to bear the full weight of the county’s arts funding cuts. Wiltshire Council informed the centre that it was to lose its £89,500 annual grant – which amounts to 12% of its income – just three weeks before the cut came into effect earlier this year. Gemma Okell, Director of SAC, told AP that she was “shocked and saddened” by the decision, which has jeopardised the centre’s work with disadvantaged communities and halted a community integration project working with military and civilian families in Tidworth.

The council chose to make the 16% saving to its arts budget in Salisbury because three organisations in the city – SAC, the Salisbury Playhouse and Ageas Salisbury International Arts Festival – receive two-thirds of the county’s total arts funding. Defending the move to cut only SAC’s grant, Cllr Stuart Wheeler, who sits on the Salisbury Playhouse board as an observer, said: “It was recognised that salami slicing would cause all of the organisations to ultimately cease operation. For that reason, the long-term plan made sense to take from the Arts Centre.” He hopes the cuts will drive the three Salisbury-based organisations to work more collaboratively.

According to Okell, as SAC is a receiving house, the council thought three weeks’ notice of the cut was sufficient. In contrast, as an Arts Council England (ACE) National Portfolio Organisation, SAC could expect to receive a years’ notice if ACE were to cut its entire grant. Okell said the Council’s move “fails to recognise the timescales, planning and staff resource required to deliver the level and quality of outreach and engagement work with young people, disabled people and hard to reach groups that we’ve been praised for over the years”. She continued: “We remain absolutely committed to this work and we hope that Wiltshire Council will be able to find a way to reinstate funding next year.”

The decision has prompted protest in Salisbury, with a petition to reverse the cut or distribute it more fairly receiving more than 1,600 signatures. At a meeting of the Salisbury Area Board earlier this year Cllr John Walsh labelled the decision “unacceptable”.

Charlotte Jones, Chief Executive of the Independent Theatre Council, has denounced the council’s actions as “grossly unfair”. She told AP she was “very disappointed to see a company that had been running successfully for years be cut”. She continued, “such short notice would be unfair on any organisation”.

Fears have been raised that a reduction in SAC’s community engagement work will jeopardise its arts council funding, but a spokesperson for ACE’s South West office said they had “no plans to review funding to any National Portfolio Organisations”. They continued: “We are sympathetic to the problems facing the staff and management [at] Salisbury Arts Centre and will continue to offer all relevant support at this time. These are challenging times for many arts organisations and we recognise that difficult decisions are having to be made.”

Monday, 24 February 2020
Eight performers who had been working on a cruise ship struck by the virus are now in quarantine in the UK. The workers were evacuated last week from the Diamond Princess, which was in lockdown off... read more
(The Stage)

Venues could be legally required to protect against terrorism

Monday, 24 February 2020
Large arts venues such as concert halls would be among the spaces compelled to provide protection against terrorism under new Government proposals. The Home Office will consult on bringing in... read more
(The Guardian)