Chancellor directs millions to the arts

Museums and galleries will benefit from a new tax relief and a select number of capital projects will receive direct government funding following this week’s budget. 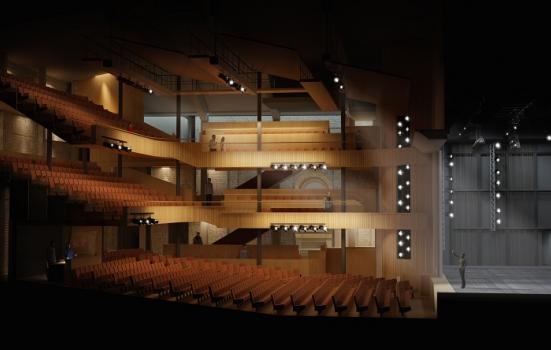 Funding for a number of flagship arts and cultural projects was announced in the 2016 budget this week. Chancellor George Osborne also gave a helping hand to a select few arts organisations and moved forward plans for a new tax relief for museums and galleries.

The Government’s pledges include £54m for the Royal College of Art to build a 15,000sqm centre for postgraduate students and entrepreneurs in Battersea. Other grants include:

The chancellor also announced a £2m grant towards a refurbishment of Hall for Cornwall. Chief Executive Julien Boast said the grant was the result of continual work alongside Cornwall’s MPs and local politicians “to ensure that culture is an important driver in the economy”.

He continued: “We are delighted that ongoing discussion in and out of county around our proposed theatre redevelopment and its local economic and cultural importance has been recognised nationally.”

The £2m grant will be put towards the national portfolio organisation’s £18.3m refurbishment plans, which involve creating a new three-tiered auditorium, new cafés and bars, and redesigning the theatre foyer and entranceways.

Cornwall Council has already committed £3.1m and the theatre hopes a successful stage one capital grant application to Arts Council England will lead to a further £5m grant.

Osborne said that a new tax relief for museums and galleries – first suggested in the autumn statement – will be introduced in April 2017. He also confirmed that the orchestra tax relief scheme will come info effect at a rate of 25% on qualifying expenditure from 1 April 2016.

Hasan Bakhshi, Director of Creative and Digital Economy at Nesta, welcomed the move but warned that the Government must ensure all public-facing collections – not just those housed within museums and galleries – are within the scope of relief. He also implored the Government to incentivise the “riskiest collection-related expenditures,” such as projects using digital technologies to maximise public access to collections.

A consultation on the tax relief will be conducted over the summer.

The Government is also broadening the eligibility criteria for its museum and gallery VAT refund scheme, to allow a wider range of museums that offer free entry to access the support.

John Kampfner, Chief Executive of the Creative Industries Federation, welcomed the help for museums and galleries, as well as a new tax-free allowance for micro-entrepreneurs and the cutting of business rates for smaller businesses. They are measures, he said, that will “encourage entrepreneurship and innovative small businesses”.

However, he expressed concern about the loss of income local authorities will suffer due to the cut in business rates, which may have a knock on effect on their arts budgets. “We are extremely concerned that local authorities will be hit by another major cut to their budgets when local arts provision is already under pressure,” he said.

His concerns were echoed by Alistair Brown, Policy Officer for the Museums Association, who said: “There is nothing in this budget that changes the fundamental problem of diminishing local authority funding for museums.”