Artistic Director of London’s Young Vic David Lan is leading the core artistic team at the ‘the PAC’ in New York, as it gears up to become a global cultural and community hub. 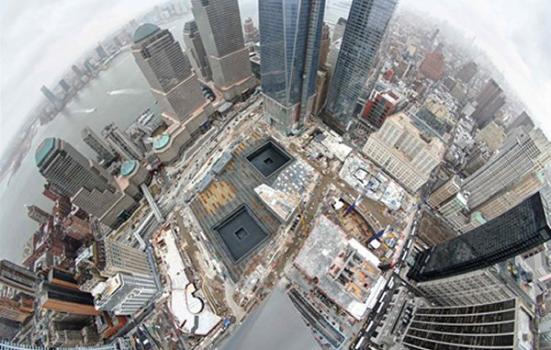 The Performing Arts Center being developed at the World Trade Center, known as ‘the PAC’, has announced a core team of artistic leaders, with David Lan, Artistic Director of London’s Young Vic, as the Consulting Artistic Director. The artistic team, which also includes Lucy Sexton, Director of the New York Dance & Performance Awards, and Andy Hayles of London-based theatre and acoustics consultancy Charcoalblue, is collaborating with the PAC’s staff, Board of Directors, and consultants to create a space that will be “unique on the cultural landscapes of New York, the United States and the world.”

The PAC will be an adaptable venue with “unprecedented” digital connectivity, and preliminary designs include the flexibility to accommodate a variety of different stagings and seating arrangements for theatre, dance, music and opera, including productions that span multiple disciplines. The 550- 250- and 150-capacity spaces will be able to operate independently or combine for larger performances. The PAC’s team are planning a cultural destination like Lan’s Young Vic, which is said to have “no equal in New York.” The new leadership envisages that the new work produced and presented there will be primarily by New York and U.S. artists, often in collaboration with artists, companies and institutions in other parts of the world. Maggie Boepple, the PAC’s Director, said: “We now have an ‘A’ team in place and a vision for what should happen inside the building. The program we’ve developed will give people a reason to return to the PAC over and over.”

Lan’s appointment follows a year-long search, though he will remain as Artistic Director of the Young Vic while consulting on the PAC. Stephen Daldry, former Artistic Director of the Royal Court Theatre who led through its renovation in the late 1990s, is a Board member of the PAC. He said: “David Lan runs the most interesting theatre in London, and I have no doubt that the PAC will benefit from his extraordinary theatrical vision, intellect and community-building skills.” Lan considers the PAC to be an opportunity to achieve on a larger scale what he has done at the Young Vic, with perhaps the most meaningful parallel between the two venues being the ground on which they are situated, as the Young Vic was built on a former WWII bombsite. Lan said: “Where there was violence and destruction, art is now made. It’s as if theatre has helped to heal the wound.”