Leaving the European Union presents opportunities to make education policy and the visa system more responsive to the needs of the creative industries, a select committee has heard. 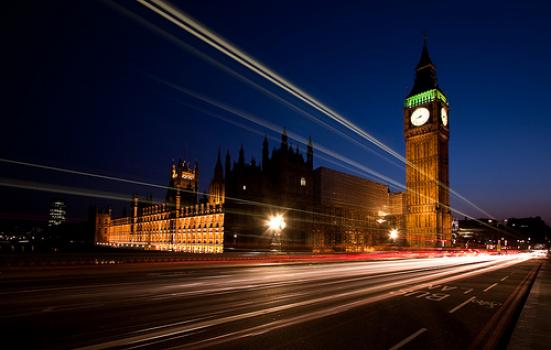 Brexit may be “the trigger for progress” on arts education if the Government remains intent on increasing the number of British nationals working in the creative industries, MPs heard yesterday.

At a meeting of the Culture, Media and Sport Committee’s inquiry into the impact of Brexit, MPs were warned about the risks facing the sector if free movement and access to European arts and culture funding are lost.

Giving evidence at the session, John Kampfner, Chief Executive of the Creative Industries Federation, highlighted a skills gap in the sector which is currently being filled by a non-British workforce.

“If you want to promote the indigenous labour force more prominently, then amen to that – but you absolutely have to change the way we have looked at arts education, at creative education, from primary, through secondary and careers advice.

“It was a bizarre relationship we had with the previous administration in that David Cameron and George Osborne completely got the creative industries, and were proclaiming them from the rooftops, and yet the education system that underpins it was not fit for purpose.”

He continued: “We’ve got a problem in that it’s absolutely great to have more Brits working in the creative industries, but they are being quite actively deterred by an education system and particularly a social mobility issue.

“A very good way of accompanying a visa system would be to reform the education system.”

The committee meeting, held on the morning of a parliamentary debate on the terms of the UK’s departure from the European Union, comes just over a year since the Department for Education closed a public consultation on implementing the English Baccalaureate (EBacc).

Although the intervening period has brought consistent evidence that the EBacc is squeezing arts subjects out of schools, reinforcing subject hierarchies and increasing student disengagement, the Government has so far refused to release the results of the inquiry.

“The EBacc system – while there are good aspects to it, in terms of rigour – de-prioritised the creative industries, and any aspiring headteacher would see no advantage to creative subjects in school,” Kampfner added.

They urged Government to reform the visa process in a way that would make it easier for talent to flow into and out of the country, with Bazalgette saying Brexit represents an opportunity to make the visa system “more responsive”.

This was echoed by Kampfner, who identified three challenges facing creative organisations post-Brexit: recruiting long-term staff from outside the UK; initiating medium-term collaborations, such as travelling exhibitions; and arranging emergency cover, such as finding an urgent replacement musician from overseas.

He recommended introducing a visa system that doesn’t penalise creatives by assessing their value in terms of earning potential alone, highlighting the lack of a strong correlation between talent and earning potential in the creative industries.

When asked if Arts Council England would be able to replace current European culture funding, were the UK to withdraw from such commitments, Bazalgette said it wouldn’t. He said that the question for Government was therefore whether to maintain access to this funding or replace it.

The speakers agreed it would be better to remain part of initiatives such as Creative Europe – credited with bringing £40m into the sector in 2014/15 and acting as a crucial lever for match funding – noting it is not necessary to be an EU member to access many of these funds.

Kampfner also called on the DCMS to “quickly do a better analysis” of the impact of European culture funding, emphasising the difficulties of quantifying its overall monetary impact. He cited the example of the European Regional Development Fund, which granted £5.6m to help construct Sage Gateshead, but would probably not be included in a Government assessment of cultural support.

Writing in ArtsProfessional last month, Head of Culture, England and Culture Advisor for Creative Europe Desk UK, Christoph Jankowski, confirmed UK arts organisations will have access to Creative Europe funding until at least the end of 2018.

With the recent election of Donald Trump and his subsequent executive actions it is clear the arts will once again be under heavy fire. This trend extends beyond the United States however, arts and culture all over the world are falling under siege. Unfortunately, it seems the age old attempts of simple advocacy once a year will not be enough to save the arts. The crisis preying upon the arts will not be averted by humble whispers to save them. Stronger actions will be required, and strength comes from unity. Perhaps it will take countries coming together to take a stand for the arts. If our societies are to continue on a path of prosperity arts must be protected and instilled in the education system. The arts not just a leisure activity or an elective, they are a part of understanding the world around us. They are just as important as science and math. It will take the stance of unity to secure their rightful place in the education system.