A city-specific Arts Bond and schemes for payment by results are to be considered following a wave of local council cuts to arts funding in Birmingham. 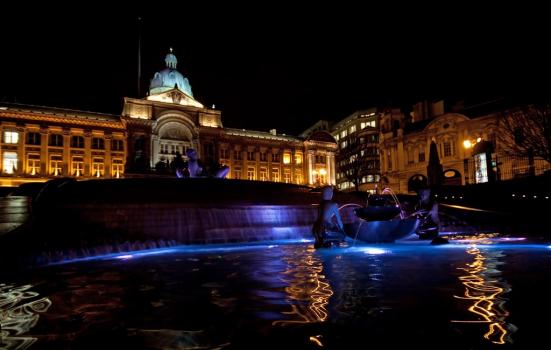 ahisgett via Visual hunt / CC BY

A three-month inquiry into how cultural investment in Birmingham can be grown through public and private sources has been launched by a partnership of academic, cultural and local authority organisations in the city.

The “deliberately unconstrained” inquiry, claimed to be the first of its kind for the arts, intends to find outcomes that can be transferred nationally. Led by Birmingham City Council and taking pro-bono contributions from Aston Business School, the Greater Birmingham Chambers of Commerce, Arts Council England and cultural development agency Culture Central, the inquiry is to look at both “non-traditional” and “entrepreneurial” funding mechanisms. These include:

A council spokesperson said: “Some sources of funding may be more suited to core business, others to new work and experimentation. Some sources of investment may be slow burn and potentially require national negotiation or legislation to bring to fruition.”

The Cultural Investment Inquiry comes at a time when Birmingham arts organisations are increasingly threatened by falling levels of council funding. Following cuts of 17% in 2010 and 20% in 2013, the City Council announced a further 25% cut in December 2015, affecting the Birmingham Symphony Orchestra, the Ikon Gallery and the REP theatre - which has seen its council investment fall by 52% (£568,000) since 2010.

In addition, the council has been criticised for ordering the recently opened £189m Library of Birmingham to cut opening hours, make redundancies and avoid purchasing any new books, and The Drum arts centre is set to close after its controlling organisation agreed to go into liquidation.

Chief Executive of Birmingham City Council Mark Rogers recognised that the current “budget challenge” and the changing role of local government would require a new approach to investment in the city.

He said: “We can’t do this on our own; this inquiry is very much a joint enterprise, bringing together the best thinkers to enable us to have a thriving and vibrant cultural future for the city and surrounding area for years to come.”

ACE Midlands Area Director Peter Knott agreed that collaboration would be key: “This inquiry will be an opportunity to collectively consider how to ensure arts and culture in the city continues to thrive.”

The results from the inquiry will be announced later in the year.