The City Council’s advice to organisations to prepare for the potential cut comes less than a year after promising to hold funding steady until 2020. 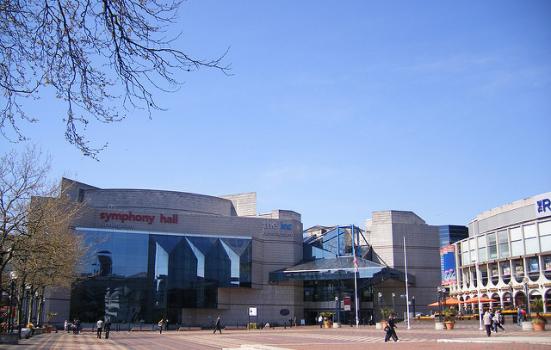 Arts organisations in Birmingham are bracing for what may be the third major cut to their council funding in four years as the local authority prepares its budget for 2019/20.

It comes less than a year after the council announced its intention to hold arts funding at a standstill until 2020.

Birmingham City Council has stressed that nothing has yet been confirmed, saying that the budget will go out for consultation in the coming weeks before being formally agreed in the new year. But arts organisations, including City of Birmingham Symphony Orchestra and Town Hall Symphony Hall, told AP that the council had already advised them to consider the reduction in funds.

"This will be a major blow for arts organisation in Birmingham and entirely self-defeating at the same time the Council is asking them to help support in ensuring the cultural legacy from the Commonwealth Games in 2022,” said Councillor Robert Alden, Leader of the Conservative Group in the Council. “We are calling on the Labour administration to reconsider their position on this and commit to the promise they made just last year.”

Like many local authorities in England, Birmingham City Council is under intense financial strain. It was labelled ‘inept’ by a Conservative councillor for spending £117m worth of reserves in two years yet still ending 2017/18 with an overall deficit of £35m.

Anita Bhalla, Chair of Performances Birmingham, which runs Town Hall Symphony Hall, told AP she recognised there were hard choices for the council to make, but said elements of arts organisations’ budgets “need to be protected to ensure continuing work on education and widening participation”.

“We need longer-term funding to ensure stability. However big or small you are, you can’t have a business plan that jumps from one year to the next.”

Stephen Maddock, Chief Executive of the City of Birmingham Symphony Orchestra (CBSO), which receives about £650k a year from the council, said that if the 30% cut goes ahead, the organisation would have to scale back on its programme and staff benefits.

“If it becomes harder to recruit European players, there will be a much more active talent market in the UK,” he told AP. “The last thing we want to do in that environment is cut or freeze salaries – we’re just coming out of that after seven or eight years.”

He added that orchestras have a unique challenge when faced with cuts. “Orchestras have high fixed costs, which are higher than grants,” he said. “Every concert has to make a profit. Just doing less – a tactic for some arts organisations faced with less money – doesn’t help us.”

Discussing this year’s arts budget, currently set at £3.2m, a council report from last December noted that some arts organisations had been very successful in increasing income from other sources. But it said this was generally “not at the speed or scale that could replace lost City Council resources”.

The report also recognised that council cuts could affect arts organisations’ ability to secure funding from Arts Council England and continue vital programmes in neighbourhoods and with young people.

When asked why the council was therefore considering a cut for next year, a spokesperson said: “As has been widely reported, cuts made by central Government to local authority funding means Birmingham – along with many other councils – is faced with significant financial pressures. Every year the city council produces budget proposals which go out for public consultation; this process will start shortly and therefore no decisions have been made at this stage."

Asked how arts organisations could trust the council if it does begin consulting on a cut less than a year after promising to keep funding at a standstill, Bhalla said organisations would simply have to continue holding the council to account. “Councillors need to realise that they could destabilise so many organisations if they can’t commit to longer-term funding, and can’t keep to those commitments. So many may go under.”

Conservative councillor Ewan Mackey said there is a “real sense of betrayal” in the city’s arts sector. “Organisations have based their business plans on this two-year commitment, but now they are being told to prepare to see their income slashed by a third. If Labour do push ahead with this proposal, there is no doubt in my mind that we will see organisations going bust whilst much of the outreach work that the larger organisations do will be decimated.”

Maddock said it may be time for a debate about which local authority is best placed to fund arts organisations with a large national and international reach, pointing out that Manchester’s Hallé Orchestra is funded by Greater Manchester Authority rather than the city council.

He continued: “The potential cuts are very frustrating. As with previous cuts we would have to scale back on our programme just as we gear up for Coventry City of Culture, the Birmingham Commonwealth Games, and our centenary.

“The orchestra was set up with a grant from the council 98 years ago. It would be awful to have a significant cut in the next two years.”