The decision comes as the region develops a new cultural strategy, aimed at improving access to the arts and recognising the positive impacts of culture on wellbeing. 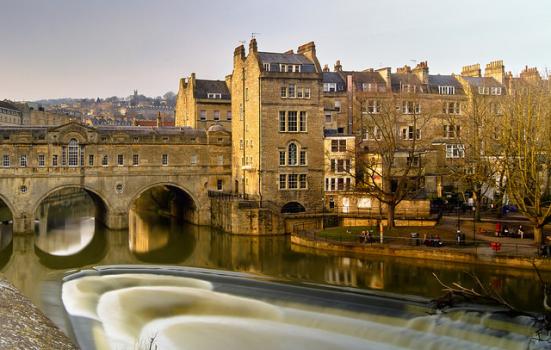 Arts organisations in Bath have been left “furious and ashamed” by the announcement that their local authority will axe its arts development in 2019, just a year after cancelling a popular small arts grants programme.

Commentators warn that the decision by Bath and North East Somerset Council (B&NES) will create a massive skills gap in the region and place extra pressure on other council staff, while the council says the decision is in response to “exceptional challenges and pressures to its budget”.

The announcement comes as the region develops a new cultural strategy to cover Bath, Bristol and Gloucester, aiming to improve access to culture and support more arts and health projects.

B&NES’s decision to close its arts department from February 2019 follows a wave of criticism last year after it announced it would scrap its grants programme in a bid to save £433k over three years.

The council said the new action, which will save £78k and cause two redundancies, is part of a programme of cuts designed to save £16m by 2020.

“The Arts Development service is one of several Council services that will either be significantly reduced, or cease completely in order to make the savings necessary to meet this target,” a spokesperson said.

“We are proud of what the service has achieved and of the benefit to residents created by many organisations, festivals and projects that the Council has supported since the inception of the service in 1996.”

They added that small arts businesses can get advice from Cool Ventures, a company which offers free business support programmes.

The decision was lamented on Twitter, with funding recipients saying they were “furious and ashamed by the decision” which would leave a “massive skills gap” in the Council.

Luke John Emmet, who runs the Theatre Bath website, wrote that his organisation could not have developed without the support of the Arts Development team.

“They supported us from day one and we were lucky enough to receive project funding from them which led to bigger investments from the Arts Council,” he wrote.

“This in turn enabled us to run a series of conferences with support from national bodies such as Equity and My Theatre Matters campaign.

“The knowledge, time and patience from the Arts Development team is vital in ensuring a thriving cultural scene in Bath.”

He added that the team that organises events for the city will be reduced, placing extra pressure on other council officers and creating a risk that mistakes will be made.

Bath-based Kilter Theatre has received funding from the council over the past 8 years, which has helped commission local artists, gain commissions, establish long-term collaborations and receive Arts Council funding for several projects.

They commented: “We've had the chance to collaborate with local people/groups & bring FREE unique theatre art, to various communities, young and old, who may never have had the opportunity to access theatre before. In some small way we have changed lives.”

Phil Castang, Director of Creative Learning and Engagement at Bristol’s Colston Hall, tweeted: “I worked very closely with the arts development team over many years and they did a great job. Unfortunately Bath relies too heavily on heritage at the expense of the arts.”

Creativity Works, the only NPO in the region covered by B&NES, wrote on Twitter: “We are absolutely gutted, furious and ashamed at this naïve and short-sighted action by the council that will leave our area a poorer place to live. The arts bring hope, joy and love to people. How we need it right now”.

The announcement comes as the West of England Combined Authority, which covers Bristol, Bath and North East Somerset, North Somerset and South Gloucestershire, begin a process to develop a new culture strategy.

Expected by spring 2019, the strategy will encompass the arts, museums, libraries and heritage, emphasising the importance of the visitor economy and the diversity of cultural activity in the West of England.

It sets out three objectives:

The strategy will also identify priority areas for investment, connect organisations to investors, and improve access to the arts.

The strategy will be shaped by a group of the four councils, two universities and representatives from Arts Council England (ACE).

In a briefing document provided by ACE as part of the tender process, the national funder notes that  ACE and B&NES Council “meet regularly to discuss issues relating to arts and culture and to pursue ways of working innovatively and constructively together.”