A campaign aims to reduce pay gaps and increase diversity in recruitment, but some say keeping the salary quiet improves inclusion too. 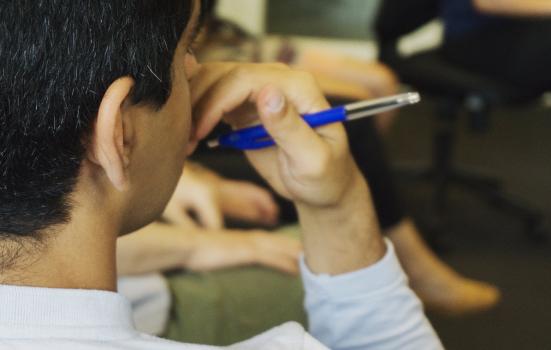 Should job advertisements include the salary?
Photo:

Cultural organisations are pledging to disclose salaries during recruitment so marginalised groups can be paid fairly.

Thirteen arts organisations including London Music Fund, Spitalfields Music and Three Choirs Festival have partnered with campaign Show The Salary, which aims to tackle wage gaps and increase diversity in the charitable sector.

But the sector remains split on the issue. While more cultural businesses are committing to pay transparency, many do not display salaries, resulting in uncertainty around best practice.

Charles Cotton, Senior Policy Advisor for the Chartered Institute of Personnel and Development (CIPD), said there are “more explanations for why you would disclose pay than not”, such as being upfront with the employee, reducing the risk of pay gaps and meeting the younger generation's growing calls for openness and transparency.

Reasons against disclosure include commercial sensitivity - bigger organisations might try pull candidates away from their smaller rivals - and the possibility of scaring off candidates who have a real passion for the job. For a newly created role, employees might be unsure what the market is and want to see what candidates' previous salaries were first, Cotton added.

A spokesperson for Show The Salary said it is “impressed with the arts sector” and encouraged more organisations in the sector to sign up.

“The campaign is focused on the simplest of asks – just put the salary on the job advert.”

ArtsProfessional has long reported on pay gaps within the arts and cultural sector: a 2018 survey revealed an almost £5,000 pay discrepancy between men and women in full time employment.

Arts Emergency, a charity that helps young people into the sector, has pledged to show salaries. Head of Programmes Carys Nelkon said “we know that when jobs go up without a salary, people from marginalised backgrounds are less likely to apply for them”.

“If we are committed to having a sector that welcomes more voices, there needs to be more clarity.”

Zita Holbourne, Chair of the Artists' Union England, said lack of confidence can also be an issue: "Some people don't feel equipped to negotiate a salary or, because of the discrimination they've experienced, they may be undervaluing themselves and just take what they can get."

Alexis Paterson, CEO of Three Choirs Festival, said signing up to Show The Salary's campaign was a “no-brainer” as her organisation already adhered to the practice.

“By displaying a salary, you give people the option of making an informed choice of whether or not they want to apply for the role,” Paterson said.

“In my experience, advertising the salary doesn’t disadvantage the process in any way and potentially gets you more applicants because they know what they are applying for.”

Charity Job, a specialist charity sector job site, says that jobs there with listed salaries attracted twice as many applicants as those without.

Welsh National Opera currently has two roles advertised, one of which does not show the salary. Its HR Manager, Hang Barry, said the organisation displays the salary for junior roles, but not for senior management and above.

This is because senior roles are more strategic, Barry said: “We really question, how is this person going to drive the organisation forward?”

She said that, anecdotally, people can be put off senior and strategic roles when the salary has been shared. Not showing the salary “gives people that belief they can apply” and “empowers” them.

Some positions at the Royal Opera House also do not display the salary.

Its press team commented: "Our commitment is to pay fairly and appropriately in line with the skill and experience requirements for each job, and we benchmark our salaries within and beyond the sector.

“Salary details are always available to potential candidates upon request, and salary expectations are discussed with candidates during the recruitment process where the salary is not stated on the advert."