The Arts Council of Wales has said it won’t fund projects that don’t budget minimum pay rates for artists. We asked the other councils why they aren’t doing the same. 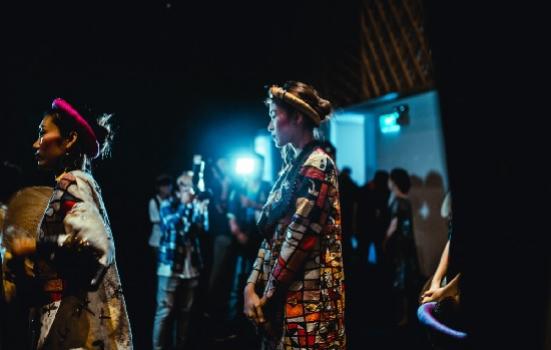 Who is responsible for making sure artists are paid fairly?

While the Arts Council of Wales (ACW) says it will enforce minimum pay rates for artists, other UK arts councils have no plans to follow suit.

Spokespeople for Arts Council England (ACE) and Creative Scotland stated their belief in the importance of fair pay for those working on the projects they fund but were unable to provide a reason why they will not stipulate minimum rates.

The Arts Council of Northern Ireland (ACNI), however, suggested that ensuring fair pay is the responsibility of the organisations it funds and industry bodies.

From the horses’ mouths

ArtsProfessional asked each council two questions: whether it planned to lay down minimum pay rates for artists working on funded projects, and if not, to explain why this was.

Arts Council England said it is “committed to making sure those who work in arts and culture are properly and fairly paid”.

“We expect all our funded organisations to show how fees for artists, creatives and specialists for projects funded by us are in line with, or better than, recognised codes of practice and guidelines set by the relevant lead bodies. This is one of the criteria which National Portfolio and Project Grant applications are assessed against. Our terms and conditions for NPOs require them to ensure that salaries, fees and subsistence arrangements are as good as or better than those agreed by any relevant trade unions and employer bodies.”

Creative Scotland’s spokesperson said it is “discussing workforce development as part of our ongoing strategic and funding reviews”.

“Any organisation seeking funding from Creative Scotland is expected to pay artists fairly. Across all our funding programmes we expect organisations seeking funding from us to be clear about all costs they allocate in their budgets relating to the payment of people involved in delivering their work. Creative Scotland is committed, through any activities we support, to ensure that artists and those professionals working in the creative community are paid fairly and appropriately for their time and effort.”

Arts Council Northern Ireland said its position is “one of endorsing and encouraging all of our clients to follow best industry practice”.

“We expect funded organisations to pay the approved industry rates and that the relevant lead industry bodies responsible for representing artists’ interests will continue to ensure that organisations comply with the pay and working conditions appropriate to their sectors.”

The Musicians’ Union delivered a strong rebuke to ACNI’s suggestion bodies like itself are responsible for enforcing fair pay: “We applaud the decision taken by ACW and we are disappointed that the other UK Arts Councils do not appear to consider they have a responsibility to ensure that their clients observe and adhere to appropriate rates of pay in the sector.

“In order to ensure a well-functioning arts sector, the responsibility for ensuring that creators and performers are fairly paid shouldn’t fall solely on the shoulders of the artists representative bodies.”

Martin Cox, who is researching a PhD on alternative models for creative practice, agreed. “The idea of an artist advocating for more pay is kind of laughable,” he said.

Cox believes councils are reluctant to enforce pay rates because “it unearths the problem that artists are working all the time for less than minimum wage in a kind of unofficial economy”.

Cox says that minimum rates might be a step towards later creating and introducing artists fees based on experience and ability, and eventually redistributing the salaries attached to “massively overvalued [managerial] jobs higher up the food chain” in the arts sector.

But Susan Jones, also a PhD researcher, said the problem with a minimum pay rate is that “it tends to be treated as the only rate”.

“Although some artists will say it’s a good start, I’m not sure that it is because there’s a sectoral problem that’s much more ingrained.”

Describing the arts as a “service industry”, she said “[artists] are called upon when someone only an artist can do that.”

But she argued that unlike plumbers or electricians, individual artists are integral to the practice of the craft – and that presents an issue for determining rates of pay.

“True equality of opportunity will cost more than people are willing to give to it,” Jones said.

“Do we keep picking away slowly and suddenly find our head is under water or do we take some more radical moves that are very disturbing to the status quo?”