51 regularly funded arts organisations have supported a statement expressing no confidence in the funder’s Chair, who has spent weeks embroiled in controversy. 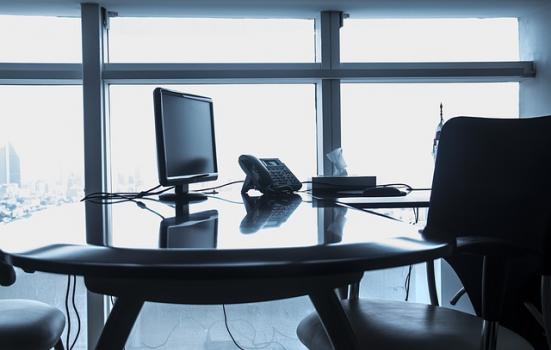 ACNI Chair John Edmund has been urged to "consider his position"

Creative Scotland is not the only UK arts funder to be thrown into crisis recently: the Arts Council of Northern Ireland (ACNI) has spent weeks embroiled in controversy following incendiary comments about public funding made by its Chair John Edmund.

First the board and now the sector have turned on Edmund for comments he made in the context of a projected 8% cut to arts organisations. Edmund criticised the arts sector’s “high level of dependency” on public funding and later called for arts organisations to be “realistic” and to develop “more sustainable” models.

This prompted the ACNI board’s radical move to publicly distance themselves from Edmund, stressing his comments “did not reflect any discussion or position which had been agreed by the Arts Council Board”. Just a week before, ACNI had published its statement responding to the budget proposals, which warned that further reductions to an “already fragile arts budget” would have a “devastating impact on our cultural infrastructure”.

The Belfast Telegraph has since reported the ACNI board staged two walkouts in protest against Edmund in late 2017.

Now, 51 of Northern Ireland’s annually funded arts organisations – just under half of the total portfolio – have backed a statement by campaign group Arts Matter NI, which stresses the sector “does not believe that this Chair can champion our best collective interests” and calls on Edmund to “consider his position”.

“We have no confidence in John Edmund’s stewardship,” Connor Shields, convener of Arts Matter NI, told AP. “He doesn’t seem to understand the realities of funding for arts organisations, or the potential instability that could be caused by an 8% cut – on top of a 40% cut in real terms over the past six years.

“If he stays in place, and these cuts remain unchallenged, we will not have sufficient strategic decision making, which may be hampered by his chairmanship. And we may see the cultural infrastructure in Northern Ireland collapse.”

Edmund, in post since January 2017, was previously Chair of the Northern Ireland Music Industry Commission, which the Belfast Telegraph reports folded “because of an irreconcilable split among board members”.

“Given the arts sector’s profound anxiety about proposed cuts and successive reports of the advocacy position of the current Chair, after these further revelations, members of Arts Matter NI do not believe that this Chair can champion our best collective interests,” the statement reads.

It continues: “At a time when the arts sector is campaigning against the proposed imposition of unfairly disproportionate and deep cuts, we urge that stability, assurance and support for the arts economy, infrastructure and community be a priority.

“With this in mind, and in the absence of a functioning Assembly Executive, we ask once again that the new Secretary of State, Rt Hon Karen Bradley, meet urgently with our representatives to discuss the concerns of this sector regarding the need to maintain and increase investment in the arts.”

It comes after 81 of the 107 annually funded organisations backed an Arts Matter NI statement claiming the introduction of an 8% funding cut could be the “final blow” for many arts organisations.

Arts Matters NI has form with overturning unfavourable decisions: in 2015, £620k of planned cuts was returned to the arts budget, in part because of consistent campaigning by the group.

The turmoil in Northern Ireland follows a crisis at Scotland’s national arts funder, Creative Scotland, which this week announced it would undo planned funding cuts following weeks of ferocious public criticism, board resignations, heavily-subscribed petitions and criticism from the Scottish Culture Secretary.

Shields said the developments in Scotland showed that public pressure can affect how a board does business, although “in that case it seems to have been very reactive and to not have followed a set process”.

He added that Scottish arts organisations had a level of security offered to them by the country’s ten-year cultural plan, which is a luxury not available to their Northern Irish counterparts.

“ACNI must start a strategic planning process for the short, medium and long-term,” he continued. “Creative Scotland has one – we don’t, and we don’t even have an Executive.

“We’re in a policy vacuum. And that is very unsettling.”